Past Week in Nutrition Science: This is an overview of interesting nutrition research published last week. 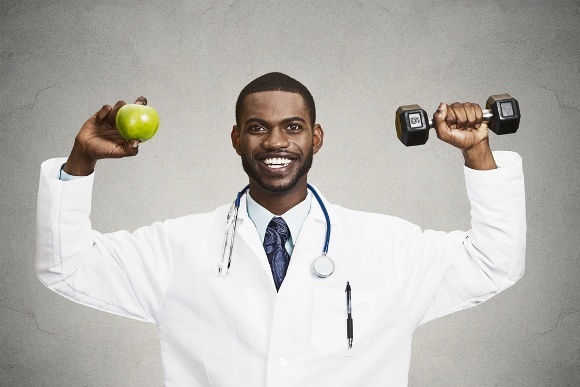 This week, we reviewed two articles — one from the British Journal of Nutrition and the other from the American Journal of Clinical Nutrition.

Summary: This randomized crossover trial examined the effects of monosodium glutamate (MSG), a food additive, on appetite and calorie intake in overweight and obese women.

The study showed that when participants ate a soup seasoned with MSG, they ate fewer calories at the lunch buffet that followed.

Summary: This study examined the effects of fructose-sweetened beverages on calorie intake, and compared them with beverages sweetened with glucose, high-fructose corn syrup or aspartame.

Every week, a large amount of research articles are published online.

Using feed services, we scan the headlines of over 100 nutrition and medical journals, selecting the most relevant and interesting articles.

Chitosan is a carbohydrate processed from the shells of crustaceans, such as prawns, crabs and lobsters.

This study in pigs suggests that eating chitosan may reduce the risk of obesity. Pigs that got chitosan ate less, lost weight and had lower leptin levels. Chitosan also seemed to increase the growth of beneficial gut bacteria.

Little appetite for obesity: meta-analysis of the effects of maternal obesogenic diets on offspring food intake and body mass in rodents.

This meta-analysis of rodent studies suggests that the calorie intake of pregnant mothers does not affect appetite in their offspring, at least not when their calorie intake is adequate.

However, mothers on a weight-gain diet tended to have heavier offspring.

Perceived weight status and risk of weight gain across life in US and UK adults.

This observational study suggests that those who regard themselves as being overweight are at a greater risk of gaining weight in the future.

This association was significant, regardless of whether people were correct or incorrect about their weight status.

Adenovirus 36 infection: a role in dietary intake and response to inpatient weight management in obese girls.

Previous studies suggest that infection with adenovirus 36 (Adv36) is more common among children who are overweight or obese. This study did not find any significant differences in calorie intake between Adv36-positive and Adv36-negative girls.

However, being infected with Adv36 seemed to promote a greater decrease in abdominal obesity, but less decrease in skin fat, compared to Adv36-negative girls.

This study in 21 overweight or obese adults showed that 4 of them (19%) were infected with the human adenovirus 36 (Adv36).

The virus was detected in visceral fat samples. Currently, it is unclear what effects Adv36 has on fat cells. Further studies are needed.

These findings suggest that the type of protein may play a role. Additionally, specific amino acids may be responsible for the benefits of protein on insulin resistance and liver fat.

Hydroxycitric acid (HCA) is derived from the fruit Garcinia cambogia, and is marketed as a weight loss supplement. It has beneficial effects on blood sugar control in rodents, but its effects in humans are unknown.

This clinical study showed that 2,800 mg of HCA had modest benefits for blood sugar control in healthy adults. It had no significant benefits in people with type 2 diabetes.

Serum folate levels and fatality among diabetic adults: a 15-year follow-up study of a national cohort.

This observational study showed that high levels of circulating folate were associated with a greater risk of death from diabetes, as well as all other causes.

Dysbiosis is a term that refers to an unhealthy imbalance of the bacterial community in the digestive system. Type 2 diabetes has been associated with dysbiosis.

This was a randomized controlled trial of type 2 diabetics. It found that taking 30 grams a day of canola oil or rice bran oil, for 8 weeks, improved blood lipid levels, compared to sunflower oil. However, these oils did not affect HDL cholesterol.

Beneficial effects of Bifidobacterium lactis on lipid profile and cytokines in patients with metabolic syndrome: a randomized trial.

Coffee and caffeine consumption and the risk of hypertension in postmenopausal women.

This observational study in postmenopausal women suggests that drinking coffee or decaffeinated coffee does not increase the risk for hypertension.

Weight loss therapy for clinical management of patients with some atherosclerotic diseases: a randomized clinical trial.

Atherosclerosis, characterized by the hardening and narrowing of arteries, is a common cause of heart attacks and strokes. This randomized controlled trial showed that an effective weight loss program may help treat atherosclerosis.

This observational study indicates that a pro-inflammatory diet, which scores high on the dietary inflammatory index, is associated with a higher risk of death from cancer or heart disease.

The impact of sugar sweetened beverage intake on hunger and satiety in minority adolescents.

Is the timing of caloric intake associated with variation in diet-induced thermogenesis and in the metabolic pattern? A randomized cross-over study.

Eating causes a temporary increase in calories burned, sometimes called the thermic effect of food (TEF). Some studies indicate that the TEF is higher in the morning.

This trial also found that the TEF was higher after a morning meal, compared to the same meal eaten in the evening. The later meal also led to a greater increase in blood sugar.

Associations between obesity and cognition in the pre-school years.

This observational study suggests that boys who were obese when they were 3 years old were less intelligent at the age of 5, compared to normal-weight children.

Intakes of folate, vitamin B6 and B12 and risk of depression in community-dwelling older adults: the Quebec Longitudinal Study on Nutrition and Aging.

Nigella sativa is a plant whose seeds are used as a spice in India and the Middle East. It is also known as nigella or kalonji.

This randomized controlled trial showed that taking 3 grams of nigella a day for 8 weeks, while on a low-calorie diet, caused greater improvements in markers of systemic inflammation, compared to a placebo.

This rat study indicates that supplementation with the long-chain omega-3 fatty acid DHA may improve endurance.

Short-term creatine supplementation has no impact on upper-body anaerobic power in trained wrestlers.

This randomized controlled trial showed that supplementing with creatine for 5 days, 0.3 grams a day for each kg of body weight, had no effects on upper-body muscle power in trained wrestlers.

This randomized controlled trial suggests that drinking pomegranate juice, 200 ml per day for 3 weeks, may reduce the oxidative damage caused by endurance exercise.

Mortality in vegetarians and comparable nonvegetarians in the United Kingdom.

This observational study suggests that vegetarians and non-vegetarians from the UK have a similar all-cause risk of dying.