There are many reasons why people choose to eat organic food.

Some people believe that organic food is more nutritious than non-organic food. Numerous studies have looked into this, but their results are mixed.

An international team of scientists reviewed the results of 67 studies on conventional vs organic meat. Their results were published in the British Journal of Nutrition. 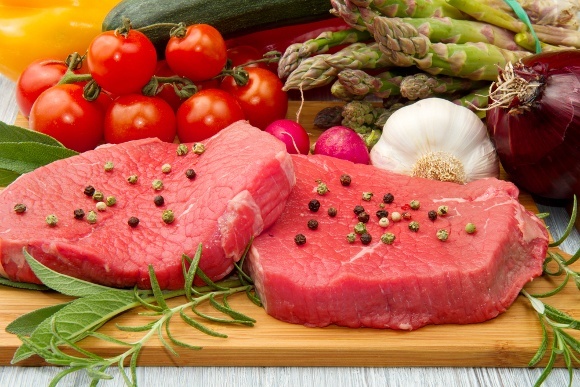 The popularity of organic food has increased over the past few decades, and there are two main explanations for this:

Many people believe that organic foods contain lower amounts of contaminants or are richer in healthy nutrients.

However, studies have provided mixed results and there has been some debate as to whether eating organic food has any health relevance.

This paper presents the results of a systematic review and meta-analysis on differences in the fat content of organic meat and non-organic meat.

Composition differences between organic and conventional meat: a systematic literature review and meta-analysis.

The analysis included 67 studies published between 1992 and 2014. In 1992, the first organic farming regulations were introduced in the European Union.

Most of the included studies were from Europe, while rest were mainly from the US and Brazil.

The studies examined the nutritional content of various types of meat, but most of them focused on beef, lamb, goat, pork and chicken.

The researchers mainly examined the content of polyunsaturated fatty acids (PUFAs) and omega-3 PUFAs, but the amount of other fats was also examined.

When all meat types were analyzed together, organic meat turned out to be 23% higher in polyunsaturated fat (PUFA), compared to non-organic meat.

However, when meat types were analyzed separately, significant differences in PUFA content were only found in chicken and pork.

When the omega-3 content of individual meat types was analyzed separately, significant differences were detected in chicken meat only.

The study found no significant differences in individual PUFAs, such as EPA, DHA or CLA, or the ratio of omega-6 to omega-3.

When meat types were analyzed separately, monounsaturated fat levels were higher in pork and chicken only.

Conversely, the saturated fat content was similar in both organic and non-organic meat.

The nutrient content of meat ultimately depends on what the animal ate.

For this reason, the results of the present study are primarily explained by differences in feed or forage, although breed choice may also play a role.

Here are a few factors that may affect the fat content of meat:

Although the meta-analysis showed some significant differences between organic and non-organic meats, the individual studies provided mixed results.

For this reason, the strength of the evidence was estimated to be moderate. According to calculations, there was also some evidence for publication bias.

Otherwise, the meta-analysis itself appears to have been executed well.

Bottom Line: This meta-analysis seems to have been of high quality. However, the quality of the evidence was considered moderate, and the included studies provided mixed results.

This study showed that organic meat is, on average, significantly richer in polyunsaturated and monounsaturated fat, compared to non-organic meat.

The study’s authors speculate that eating organic meat may provide health benefits, especially if you eat a lot of meat.

However, randomized, controlled trials are required before any conclusions can be reached about the health relevance of these findings.