Recently, the World Health Organization (WHO) released a summary saying red and processed meat cause cancer.

The media went ablaze, with headlines such as “Processed meat ranks alongside smoking as major cause of cancer, World Health Organisation says.”

However, this is an oversimplification of the results. In this review, we will explain the WHO’s findings in more detail. 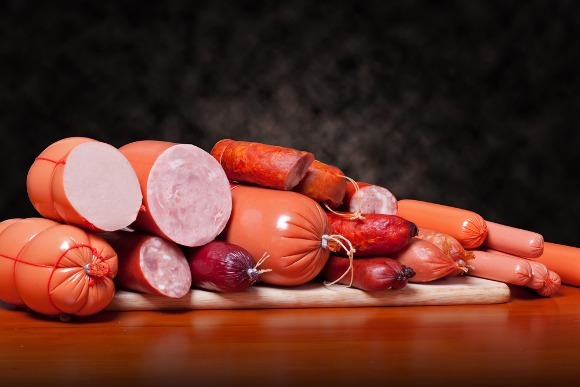 The International Agency for Research on Cancer (IARC), which is a department within the WHO, assessed the effects of red meat and processed meat on cancer risk.

A short summary was released in Lancet Oncology, but the full results will be disclosed in volume 114 of the IARC Monographs.

The information that was published is not new. The link between these types of meat and cancer has been known for many years, although the strength of the evidence has been a matter of debate.

The reason for the media headlines now is the source of the claims. A warning issued by the WHO should not be taken lightly.

In this article, we are going to review the IARC’s research summary, discuss the strength of the evidence and look at what that means.

Bottom Line: The IARC (a division of the WHO) released a summary recently saying red and processed meat cause cancer. It gained a lot of media coverage.

What Did the Research Summary Say?

The summary paper refers to a massive study conducted by an international group of 22 scientists.

Here are their main conclusions:

This mainly refers to colon cancer, which is the third main cause of cancer-related death in the US.

Processed meat was classified as a “group 1” carcinogen, the category of highest risk. Tobacco smoking and radioactive materials are in the same group.

However, this does not mean that processed meat is as carcinogenic as nuclear waste. The IARC classifications refer to the strength of the scientific evidence, not the level of risk.

In fact, the cancer risk of eating processed meat is very small compared to the risk associated with smoking.

How Strong is the Evidence?

Randomized controlled trials, the gold standard of human research, are difficult when investigating the causes of cancer in humans.

There are two main reasons for this. First, cancer takes a very long time to develop. Second, exposing humans to something potentially carcinogenic is not ethically acceptable.

Therefore, we have to rely on observational evidence, animal studies and test-tube experiments. The IARC study analyzed more than 800 studies, most of which were observational in nature.

In observational studies, it is difficult to establish a causal relationship. There might be other unhealthy lifestyle habits related to processed meat intake that are responsible for the observed association.

However, the evidence linking processed meat and cancer is consistent across different populations, which makes the chance of bias less likely. It is also supported by animal and test-tube experiments.

According to IARC’s research summary, the evidence linking processed meat with cancer is sufficient.

Bottom Line: As evaluated by the IARC, there is sufficient evidence that processed meat increases the risk of colon cancer. There is no major reason to doubt their conclusion.

How is the Cancer Risk Increased?

It is not fully understood how red meat or processed meat increase cancer risk.

However, there are several plausible mechanisms. Below is an overview of the three main suspects.

High consumption of red meat and processed meat promotes the formation of N-nitroso compounds (NOCs) in the digestive system.

NOCs cause low-grade damage to the lining of the colon, which may increase the risk of cancer over time.

However, processed red meat is likely more harmful, as it contains chemicals that increase the formation of NOCs, especially when it is exposed to high heat.

Dietary fiber and chlorophyll, the green pigment in vegetables, may counteract this risk.

Cooking meat at high temperatures leads to the formation of heterocyclic amines (HCAs).

HCAs cause cancer in animals, and may possibly increase cancer risk in humans.

The risk of HCAs may be reduced by eating veggies, such as cruciferous vegetables, or marinating your meat with certain spices.

High amounts of PAHs are formed when meat is cooked under high temperatures or smoked.

PAHs can damage the intestinal lining, but whether this happens after meat consumption in humans has not yet been investigated.

Bottom Line: High-temperature cooking promotes the formation of several carcinogenic substances, such as NOCs, HCAs and PAHs. Avoid charring your meat and use gentle cooking methods.

How Much Processed Meat Can You Safely Eat?

For this reason, we do not know exactly how much red meat or processed meat you can safely eat.

This probably depends on the individual and the dietary context.

Additionally, the effect is clearly dose-dependent, and excessive consumption of processed meat is risky.

One meta-analysis estimated that for every 50 grams of processed meat eaten per day, the risk of colon cancer increases by 18%.

Bottom Line: The amount of meat you can safely eat is unknown. However, the dose makes the poison, and eating high amounts of processed meat is not advised.

All this being said, two long-term randomized controlled trials have examined the effects of a “low-fat” diet on the risk of cancer.

The participants in these studies changed many things at a time, including significantly reducing their consumption of processed meat and red meat.

These studies did not find a reduction in the risk of colon cancer.

This indicates that the advice to “eat less processed and red meat” may not be very effective at preventing colon cancer in the real world, at least not when combined with a conventional low-fat diet.

Bottom Line: Two long-term randomized controlled trials on low-fat diets, with less processed meat and red meat, did not find a reduction in the risk of colon cancer.

In short, the IARC study concluded that eating high amounts of processed meat increases the risk of colon cancer.

More evidence is needed on this subject. But for now, we can assume that it is best to limit the intake of processed meat.

If you’re going to eat red meat, then use gentler cooking methods and don’t burn or char your meat.