Past Week in Nutrition Science: This is an overview of interesting studies published on nutrition from Friday, Oct 23rd, to Friday, Oct 30th, 2015. 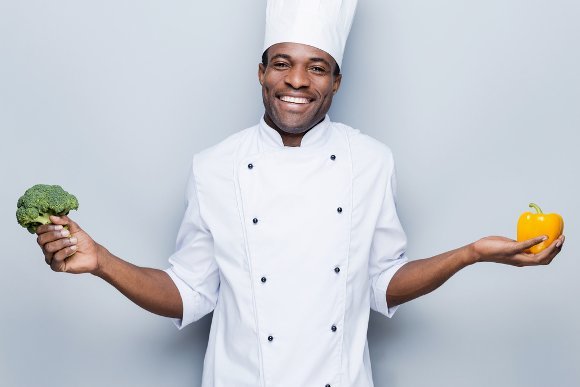 Type of Dietary Fat And The Benefits of Vitamin D

This week we reviewed two research papers, one published in Diabetes and one from the British Journal of Nutrition.

Link: The Benefits of Vitamin D May Depend on Your Genes.

The study showed that not all people benefit equally from vitamin D supplements. While vitamin D may promote weight loss and improve blood sugar control in some people, others do not achieve similar benefits. This depends on people’s genes.

Other Research From Around the World

As usual, many papers were published this week, ranging from randomized controlled trials to scientific reviews.

Below is an overview of the most interesting nutrition research, categorized by subject.

This observational study in children found that consuming both sugar-sweetened and artificially sweetened beverages is associated with body fat gain in the UK.

Weight loss causes the body to start conserving energy — a condition called “starvation mode.” This 8-week trial found that weight loss causes changes in the levels of specific proteins involved in the metabolism of fat cells.

A randomized controlled trial: the effect of inulin on weight management and ectopic fat in subjects with prediabetes.

Overall, there is no evidence to support low-fat diets over other types of weight loss diets.

This trial investigated whether individual responses to fasting and overfeeding were associated with future changes in body weight.

The study found that those who had a greater reduction in calories burned during a 24-hour fast were more likely to have gained weight 6 months later. Simply put, those who are better at conserving energy are predisposed to weight gain.

Effects of different dietary approaches on inflammatory markers in patients with metabolic syndrome – a systematic review and meta analysis.

Sustained low-grade inflammation is associated with metabolic syndrome, which is a cluster of health conditions including central obesity, diabetes, insulin resistance, hypertension and a poor blood lipid profile.

This meta-analysis of randomized controlled trials suggests that low-fat and low-carb diets may be effective against inflammation.

Reduced ratio of eicosapentaenoic acid and docosahexaenoic acid to arachidonic acid is associated with early onset of acute coronary syndrome.

Acute coronary syndrome (ACS) is a term for any conditions that suddenly reduce blood flow to the heart. Low ratios of omega-3/omega-6 fatty acids have previously been implicated in the development of ACS.

This observational study supported earlier findings. It found that low ratios of omega-3/omega-6 fatty acids increased the risk of early ACS in men, but not in women.

Does increased red and processed meat consumption lead to an elevated cardiovascular disease risk in women?

This observational study suggests that eating high amounts of red and/or processed meat may increase the risk of heart disease in women. These associations were stronger for processed meat.

This small cross-over experiment in men found that taking 500 mg of phosphorus with 75 g of glucose reduced subsequent blood sugar levels and insulin, and improved insulin sensitivity, compared with the ingestion of glucose alone.

Circulating Concentrations of Vitamin B6 and Kidney Cancer Prognosis: A Prospective Case-Cohort Study.

Previous observational studies indicate that low circulating levels of vitamin B6 may increase the risk of kidney cancer.

This observational study supports previous studies. Additionally, it found low levels of vitamin B6 to be associated with increased risk of death from kidney cancer.

This study in children found that probiotic supplementation caused a significant improvement in the digestive environment by increasing the numbers of beneficial bacteria, while reducing undesirable species of bacteria.

However, 6 months after the supplementation stopped, the digestive environment had returned back to its original state.

Vitamin D deficiency is a common problem in children with inflammatory bowel disease.

This study showed that taking a single, high dose of vitamin D3 maintained an adequate vitamin D status for at least 6 months in children with inflammatory bowel disease.

This observational study found no association between vitamin D status at birth and attention deficit/hyperactivity (ADHD) disorder later in life, compared with children without ADHD.

Micronutrient status and intake in omnivores, vegetarians and vegans in Switzerland.

This observational study in Swiss vegans, vegetarians and non-vegetarians suggests that all three diets can fulfill dietary requirements for vitamins and minerals. However, they need to be well-balanced and supplements are necessary in some cases.

Non-vegetarians had the lowest intakes of magnesium, vitamin C, vitamin E, niacin and folic acid. Conversely, vegans consumed low amounts of calcium, and had very low intakes of vitamin D and B12.

MTHFR is an enzyme that serves an essential function in folate metabolism. In some people, MTHFR is slightly different, making them predisposed to folate deficiency. These people are of the MTHFR 677TT genotype.

This meta-analysis supports previous studies. Those with the MTHFR 677TT genotype had higher homocysteine levels in blood, less folate and did not respond as well to folate supplementation, compared to other people.

Adulteration of Dietary Supplements by the Illegal Addition of Synthetic Drugs: A Review.

This review discusses the addition of illegal substances to dietary supplements. They are most frequently added to supplements intended for weight loss, muscle building and improved exercise performance. This is a rising health concern.

This review discusses the potential health benefits of punicic acid. It is considered more potent than ordinary CLAs, and some studies indicate that it may help prevent diabetes, obesity and cancer.