For those trying to lose weight, weight loss supplements are a popular choice.

When combined with dieting and exercise, supplementing may be useful, but the weight loss benefits are usually modest.

Recently, hops have been studied for their potential weight loss benefits. This randomized controlled trial examined the effects of matured hop extract on weight loss in overweight adults. Below is a detailed summary of its findings. 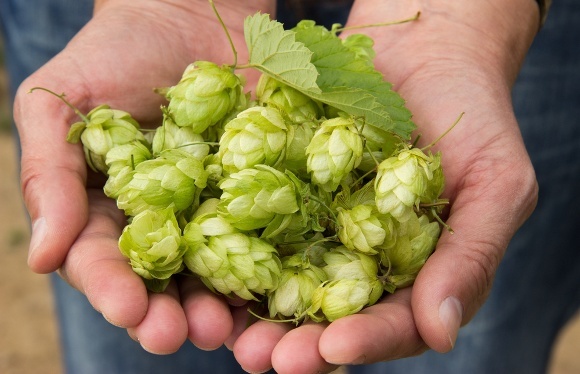 Hops are a type of flower, widely grown for the brewing industry.

They are an ingredient in most beers, providing the bitter flavor. They also have strong antibacterial properties, which suppress the growth of undesirable bacteria, while favoring the activity of brewer’s yeast.

Apart from their practical application in brewing, studies suggest that some of the active constituents of hops may have health benefits.

These include iso-alpha-acids — bitter constituents of beer — that are formed from alpha-acids in hops during the brewing process.

Evidence indicates that iso-alpha-acids may promote weight loss in humans and mice.

However, their intense bitterness makes them unsuitable for use in supplements. For this reason, researchers have started investigating less bitter alternatives, such as matured hop extract.

A total of 200 overweight men and women, aged 20 to 65 years, participated in the study. They were randomly assigned to one of two groups:

Both beverages looked and tasted the same. They were based on water, containing around 1.05 grams of carbs and 5.25 grams of fiber (resistant maltodextrin).

Bottom Line: This was a randomized controlled trial examining the effects of supplementing with matured hop extract on body weight and belly fat.

Total belly fat decreased in both groups, but significantly more so for those who supplemented with matured hop extract, compared to the placebo.

The decrease in abdominal skin fat was not significantly different between groups.

The supplements also led to a slight decrease in body weight and body mass index (BMI). What’s more, the body fat percentage was slightly lower at the end of the study.

The chart below shows the changes in body weight, body mass index (BMI) and body fat percentage in both groups. 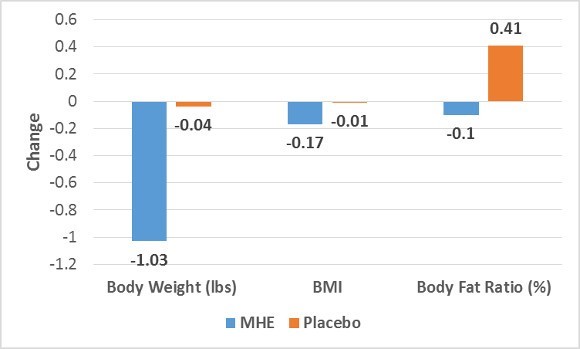 These findings are supported by previous studies examining the health effects of iso-alpha-acids, which are derived from hops during brewing.

However, this is the first study to show that matured hop extract has a similar benefit.

The reason why matured hop extract stimulates weight loss is not entirely clear.

Specifically, the alpha-acids increased heat production (thermogenesis) by speeding up the rate at which the mice burned calories in brown fat tissue. Higher activity of brown fat tissue has been associated with a lower body fat content in humans.

However, no alpha-acids were detected in the matured hop extract used in the current study, suggesting that other compounds may be at work.

Bottom Line: The reason why matured hop extract promotes weight loss is unclear. One previous study suggests that it may increase the amount of calories burned in brown fat tissue.

Why Did Both Groups Lose Belly Fat?

Interestingly, the participants in both groups lost significant amounts of belly fat.

This is a good example of a placebo effect, illustrating why placebo/control groups are necessary for clinical studies.

The psychological effects of participating in a supplemental weight loss study, and expecting certain benefits, may lead to marked improvements in body weight.

Participants may have unconsciously changed their habits — eating, exercise, sleep, smoking and drinking — during the study, even though they were told not to.

The authors speculated that psychological effects or seasonal variation may have been responsible.

It’s also plausible that resistant maltodextrin, a type of fiber added to the beverages, may have contributed to the decrease in belly fat.

Because of the additional weight loss caused by the placebo effect and/or fiber, the actual benefits of the matured hop extract were probably much lower than observed.

Bottom Line: Participants in both groups lost significant amounts of weight. The exact cause of the weight loss is unknown, but may be explained by a placebo effect and/or the fiber added to the beverages.

According to the authors, the main limitation is the study’s short duration. It’s unclear if the weight loss benefits of matured hop extract are sustained in the long term.

It’s also unclear if the results can be generalized to severely obese individuals or other ethnicities. In the current study, the participants were overweight, with a BMI ranging from 25 to 30.

Finally, nine of the paper’s authors were employees of the study’s sponsor — Kirin Company, a corporation that specializes in beverage production. The same people collected, analyzed and interpreted the data, creating a conflict of interest.

Bottom Line: The findings may not be generalized to obese individuals and the long-term effects are unclear. There was also a conflict of interest.

Why it works is not entirely clear, but previous animal studies suggest it may increase the amount of calories burned in brown fat tissue.

However, before any strong claims can be made, further studies by independent research groups are required.

For a Limited Time Only!

Back to Top
Close
For a Limited Time Only!