Eating plenty of fiber is associated with multiple health benefits.

This is largely because fiber is resistant to human digestive enzymes and passes undigested down into the colon.

In the colon, gut bacteria ferment the fibers, producing beneficial byproducts such as short-chain fatty acids (SCFAs). Another less-known by product is succinate.

A recent study examined the health benefits of succinate in mice fed a high-fiber diet. Below is a summary of its findings, as well as some background information. 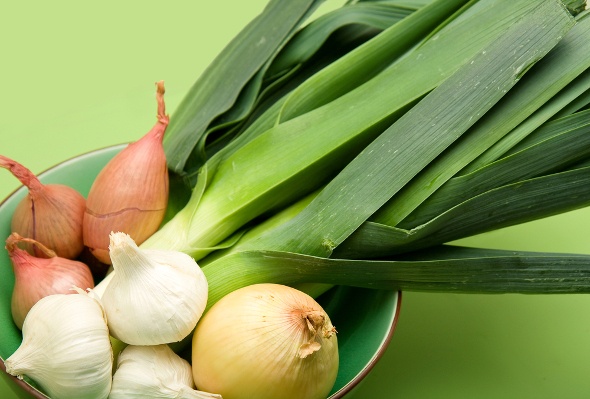 This article uses several terms that some readers may be unfamiliar with. Here are simple explanations.

G6pc: A gene that is necessary for the production of new glucose in the body. Intestinal gluconeogensis cannot take place without it.

Prebiotic fiber: A type of fiber that promotes the growth of beneficial gut bacteria.

Fructo-oligosaccharides (FOS): A type of prebiotic fiber found in various fruits and vegetables. FOS are also sold as a dietary supplement.

Succinate: An organic acid (dicarboxylic acid) produced by certain gut bacteria when they are exposed to prebiotic fiber.

Prevotella copri: A type of gut bacteria that produces succinate from fiber.

Cecum: The mouse/rat equivalent of the human colon.

European researchers investigated the metabolic effects of succinate formation in the intestinal tracts of mice. This is the first study to focus on its health effects.

This series of interventional studies in mice tested the effects of a high-fiber or succinate-rich diet on blood sugar control.

In both groups, the mice were on a high-fat, high-sucrose diet. The experiment was further divided into two parts, depending on supplementation.

Additionally, the study had two extensions. First, a separate part of the study examined the effects of a high-succinate diet on glucose formation in rat intestines.

Second, the researchers investigated the effects of supplementing with a type of bacteria known as Prevotella copri, which produces succinate.

Bottom Line: This series of interventional studies in mice and rats investigated the effects of succinate on blood sugar control.

Many previous studies clearly show that a diet high in prebiotic fiber affects gut microbiota — the types and relative abundance of bacteria living in the colon.

Additionally, studies show that a diet high in prebiotic fiber changes the gut microbiota in mice, irrespective of whether they are G6pc-knockout or not (1).

The current study supports earlier studies, showing that eating prebiotic fiber (fructo-oligosaccharides) significantly changed the gut microbiota in mice, regardless of whether they had the G6pc gene or not.

Specifically, prebiotic fiber increased the abundance of bacteria in the Bacteroidetesgroup, which includes Prevotella, relative to the Firmicutes group.

The Bacteroidetes group includes species of bacteria that are the major producers of succinate in the digestive tract.

Recent studies show that the levels of succinate in mouse cecum are elevated after eating fiber, and this increase is even more significant on a high-fat diet (2, 3, 4).

This is consistent with the present study’s findings. The researchers detected a significant increase in cecum succinate after a high-fat, high-sugar diet enriched with prebiotic fiber (fructo-oligosaccharides). This happened in both groups of mice.

Additionally, succinate levels rose higher than those of short-chain fatty acids, such as propionate and butyrate.

However, succinate levels were unchanged in the blood circulation, suggesting that most of it is metabolized in the intestines.

The researchers discovered that when rats were fed succinate, it was converted into glucose by intestinal cells.

This process is known as intestinal gluconeogenesis (IGG). Some scientists consider IGG to be a key regulator of the body’s energy balance.

Contrary to what you might think, studies show that IGG actually improves blood sugar control (5, 6).

The present results are in agreement with previous findings. The study showed that succinate reduced blood sugar and insulin levels by suppressing glucose production in the liver.

However, succinate only improved blood sugar control in the normal mice, whereas the G6pc-knockout mice experienced no benefits.

These findings are consistent with studies showing that mice lacking the G6pc gene, which is necessary for IGG, did not benefit from a diet high in prebiotic fiber (fructo-oligosaccharides).

Taken together, the results suggest that prebiotic fiber and succinate improve blood sugar control through their effects on IGG.

These include bacteria of the Prevotella group, most notably Prevotella copri, which is found in the human digestive tract.

The present study tested the effects of supplementing the diet of mice with a live culture of P. copri.

The researchers found that supplementing with P. copri significantly increased blood sugar control (glucose tolerance), an effect that was linked with a reduction in liver glucose production.

These findings are in agreement with a previous study showing that a high abundance of P. copri was associated with improved blood sugar control in healthy people (7).

Since this was a series of studies in mice and rats, the findings do not necessarily apply to humans.

Although basic metabolism is similar in rodents and humans, randomized controlled trials are needed to confirm the health effects of succinate in people.

In short, this series of studies in rats and mice suggests the following:

Succinate may have similar benefits in humans. However, randomized controlled trials in people are needed before any strong conclusions can be reached.