It has long been known that foods affect blood sugar levels differently.

However, individual factors may also play a role. People respond differently to foods, even when eating the exact same thing.

For this reason, a team of scientists studied these individual factors. Then, they developed an algorithm to predict blood sugar responses to meals.

Here is a summary of their findings, recently published in Cell. 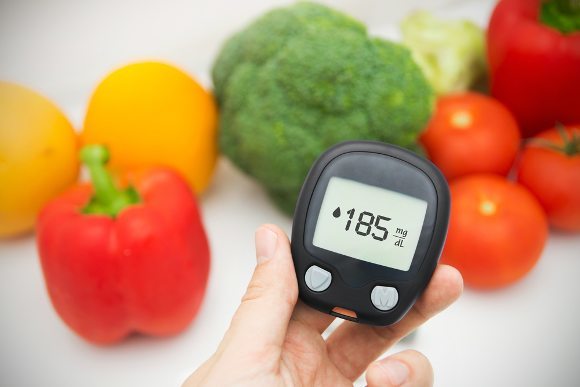 High blood sugar levels after meals are linked to an increased risk of type 2 diabetes. For this reason, it is very important to keep these levels within healthy limits.

Typically, the carb content of meals or foods is used to determine blood sugar levels, or glycemic response. However, this is a poor method.

Stage I examined the factors causing the individual variability in blood sugar responses.

The researchers monitored blood sugar levels in 800 pre-diabetic, but otherwise healthy, individuals, aged 18–70 years. Each participant was connected to a blood sugar monitor for a week, and their levels were measured every five minutes.

The researchers tested the blood sugar response to three standardized meals, given twice to each participant.

Otherwise, the participants went about their daily routines during the study period. They self-reported all of their activities, food intake, exercise and sleep.

At the end of the study, the researchers added their data to a computer program that predicted personalized blood sugar responses to meals. The accuracy of this algorithm was then tested in a group of 100 people.

Bottom Line: This large study was divided into two stages. First, the researchers monitored blood sugar levels in 800 individuals for a week to assess factors responsible for individual variability in blood sugar responses.

The second part of the study was a randomized controlled trial with 26 participants.

It examined whether personalized nutrition, based on the prediction algorithm, could improve blood sugar responses after meals.

As in the previous study, the participants were continuously connected to blood sugar monitors, and the researchers collected the same information as before.

Bottom Line: This randomized controlled trial compared the glycemic effects of a diet based on a prediction algorithm to a diet planned by a health professional.

The study showed that the blood sugar response is highly variable between individuals, even when they consume identical meals.

For example, the average blood sugar response to a standardized meal containing bread was 44 mg/dl per hour.

This individual variability in blood sugar response is well known. It may be explained by several factors, including genetics, lifestyle habits, insulin sensitivity, and the activity of digestive enzymes and glucose transporters.

Bottom Line: The blood sugar response to meals or single foods is highly variable between individuals.

Others were linked with lower blood sugar levels:

Notably, these included the species Parabacteroides distasonis and Bacteroides thetaiotaomicron. High numbers of these bacteria may be a risk factor for obesity.

However, other bacteria may help with blood sugar control. The most beneficial species appeared to be Eubacterium rectale.

This is supported by previous studies showing that Eubacterium rectale may ferment dietary carbs and improve blood sugar responses after meals. It has also been linked to a lower risk of type 2 diabetes.

Bottom Line: The study indicates that gut bacteria may be responsible for some of the individual variability in blood sugar responses. This is consistent with previous studies.

During the randomized controlled trial, the levels of certain gut bacteria changed.

Although many of these changes were individual, the numbers of certain species of bacteria changed consistently in most of the participants.

Roseburia inulinivorans, Eubacterium eligens and Bacteroides vulgatus also increased during the low-glycemic diet and decreased on the high-glycemic diet.

Low levels of these bacteria have been linked with an increased risk of type 2 diabetes.

Bottom Line: The study showed that increasing or reducing dietary sugars may have considerable effects on the growth of gut bacteria, determining which species decrease or increase in numbers.

Using the data from Stage I, the researchers developed an algorithm to predict individual blood sugar responses to meals.

It turned out to be an effective tool for predicting blood sugar responses, even in a separate group of 100 participants.

The final part of the study was a randomized controlled trial, based on the algorithm. The researchers found that personalized nutrition effectively lowered blood sugar responses after meals.

These results were compared to a control diet prescribed by a health professional, and the prediction diet turned out to be just as effective, or even more effective.

Bottom Line: A personalized diet, predicted by an algorithm, effectively lowered blood sugar levels after meals. It was even slightly better than a diet prescribed by a health professional.

The study appears to have been designed and executed well.

Its main limitation is that the study of personalized diets was very small, including only 26 participants.

The study was also very short, and the results cannot be generalized to longer periods.

Bottom Line: The main limitations of this study are the small size of the randomized controlled trial and its short duration.

In short, this study shows that individual factors affect how our blood sugar levels respond to food.

Although following dietary recommendations can be important, they may not always be helpful.

Instead, a diet specifically tailored to the individual seems to be the best option.

Personalized nutrition will likely become a much more prominent tool in the future.