Many metabolic functions fluctuate throughout the day. These changes are regulated by your body’s internal clock, also known as the circadian rhythm.

Disrupting this system may contribute to weight gain and obesity.

Recently, a review article discussing the role of the body clock on weight maintenance was published in Obesity Reviews. 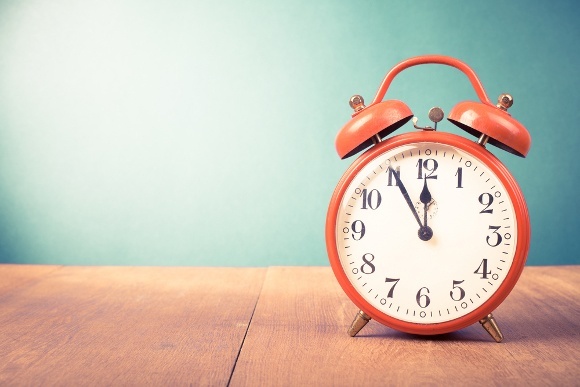 Researchers at the University of Leuven’s Gut Peptide Research Lab, in Belgium, reviewed the evidence about the body clock’s role in weight maintenance.

Chronobesity: role of the circadian system in the obesity epidemic.

What is the Body Clock?

The body clock is a biological rhythm present in almost all living things.

It regulates the 24-hour fluctuations in body activity, including hormones and other metabolic processes. It also helps the body prepare for sleep/wakefulness or food.

At the molecular level, the circadian system is driven by CLOCK genes, which are influenced by environmental information passed on by the brain and neurons.

A region in the brain, known as the suprachiasmatic nucleus (SCN), is often called the body’s master pacemaker because it is synchronized with the light/dark cycle.

The food-entrainable oscillator also appears to be involved with the circadian rhythm of feeding, but its rhythm is closely related to the SCN.

Interestingly, the activity and composition of the gut bacteria also changes over the 24-hour day, and is influenced by food intake.

Bottom Line: The body clock is the body’s timekeeping system that helps it prepare for sleep and wakefulness. This system is strongly affected by light exposure and food intake.

How Does the Body Clock Affect Weight?

The body clock helps the body anticipate and prepare for food intake.

These hormones are regulated by the circadian system of feeding, which helps ensure that people maintain their weight, even when food availability is limited.

These fluctuations in appetite are reflected by the daily changes in the levels of the hunger hormone ghrelin. In healthy individuals, ghrelin levels are suppressed at night, but rise in the morning, peaking before meal time.

Bottom Line: The body clock controls changes in appetite over the 24-hour day. It is supposed to restrict food intake to waking hours, while at the same time ensuring that calorie intake is sufficient for weight maintenance.

Disrupting the body clock has been called chronodisruption, and is defined as a long-term disruption of the 24-hour circadian rhythm.

Several factors can cause a long-term disruption, including irregular sleeping, abnormal eating and a high-fat diet.

Irregular sleeping is one of the most common disruptions to the circadian system. It is most often caused by shift work, frequent travelling across time zones or other nighttime disturbances.

Shift work often involves working during the night, or late into the night. Light exposure at night is one of the most important disruptions to the circadian system.

Several observational studies suggest shift work may increase the risk of various chronic diseases, such as obesity, type 2 diabetes and heart disease. This risk may also worsen over time.

One study in healthy people examined the effects of shifting the sleeping time. When eating and sleeping times were 12 hours out of phase with what the participants were used to, levels of the satiety hormone leptin decreased.

Although disrupting appetite hormones seems to be involved, it remains to be explained exactly how irregular sleeping affects body weight.

Bottom Line: Irregular or abnormal sleeping patterns mess up the body’s timekeeping. Common causes include shift work and jet lag. This disruption may promote obesity, but human trials are lacking.

Body weight is not only affected by what and how much you eat — it is also affected by when you eat. Irregular eating can be caused by numerous factors, including disruptions to sleep caused by shift work, jet lag or nighttime sleep disturbances.

It may also be caused by adverse conditions, such as night-eating syndrome, which is associated with abnormal fluctuations in the levels of appetite hormones.

People who have night-eating syndrome consume most of their daily calories in the evening or night. They are also more likely to be overweight or obese, compared to healthy people.

This is supported by studies in mice and rats showing that nighttime eating causes significant weight gain, compared to daytime eating.

Irregular eating has also been found to cause adverse changes in the gut microbiota.

One high-impact study in both mice and humans showed that eating irregularly promoted an overgrowth of undesirable gut bacteria, increasing the risk of type 2 diabetes and obesity.

Bottom Line: Irregular eating may also disrupt the body clock. This may lead to weight gain, especially when food intake is significant in the late evening or night.

Another study in mice found that following a high-fat diet for a week led to increased food intake when the mice were normally resting. This was accompanied by changes in the expression of CLOCK genes.

Obesity caused by excessive calorie intake on a high-fat diet may also reduce the 24-hour fluctuations in the composition of the gut microbiota, resulting in the overgrowth of undesirable bacteria.

Bottom Line: High-fat diets have been implicated in the disruption of the body clock. However, further studies are needed.

This review showed that disrupting the body clock may contribute to weight gain and obesity. However, it also discussed some evidence-based strategies that may help you maintain healthy rhythms and reduce this risk.