Garlic is known for causing bad breath. This is because it contains a gas called allyl methyl sulfide, which can also affect the smell of breast milk.

A team of researchers looked into the effects of garlic on sweat, particularly armpit odor. Here is a detailed summary of the results, recently published in Appetite. 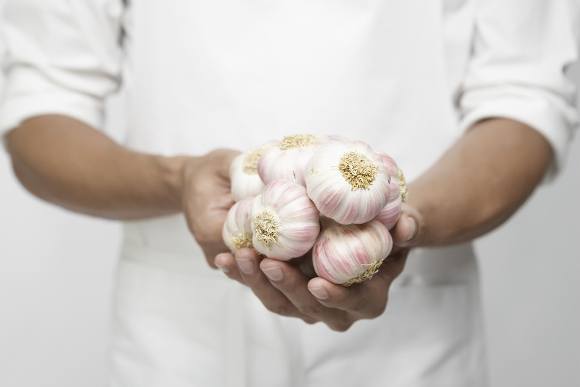 A small team of scientists from the Czech Republic and Britain investigated the effects of garlic on men’s body odor.

The purpose of the study was to test whether eating garlic would change the characteristics of men’s armpit odor, as judged by women.

The study was divided into three experiments, which included 42 men and 82 women. In each, the participants were randomly assigned to one of two groups:

Each of the three experiments tested different amounts or forms of garlic:

The experiments had a crossover design. This means that all of the men were in both control and garlic groups on different occasions, separated by one week.

To collect body odor, the male participants wore cotton pads in their armpits for 12 hours while fasting, immediately after eating the experimental meal.

Afterwards, the women sniffed the pads. They then ranked the odor for its intensity, attractiveness, pleasantness and masculinity, using a 7-point scale.

Bottom Line: This study examined the effects of garlic on the characteristics of men’s armpit odor, as rated by a group of women.

In the first experiment, no significant differences were detected. However, when the amount of garlic was increased in experiments 2 and 3, the body odor of men who ate garlic was significantly less intense.

The chart below shows how eating garlic affected the intensity of body odor. 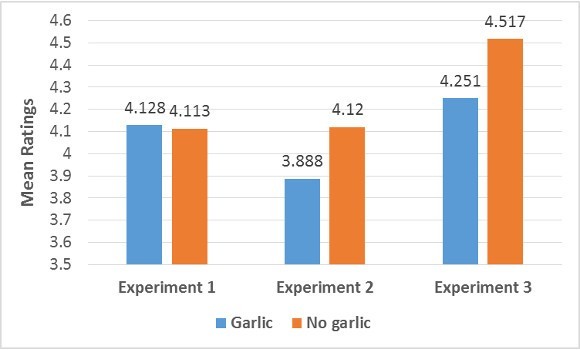 Why this happens is unclear. However, there is one plausible explanation. Fresh sweat produced in the armpits is virtually odorless, but after a while it starts to smell because of the action of skin bacteria.

Garlic is well-known for having potent antibacterial effects. It is possible that these antibiotics may find their way into sweat, reducing the activity or growth of the skin bacteria that cause unpleasant sweat odors.

For this reason, the findings of the study may not have been sex-specific, and might have provided similar results if men had ranked the body odor of women.

Experiments 2 and 3 found that the body odor of men who ate garlic was less masculine, compared to those who didn’t eat garlic. However, eating small amounts of garlic (experiment 1) had no statistically significant effect.

The chart below shows the effects of garlic on masculinity, in all three experiments. 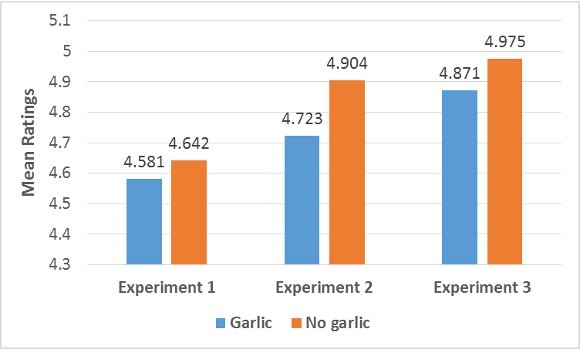 This may be because women find strong or intense body odors as more masculine.

If the intensity of odor was rated as high, the masculinity rating of an odor tended to be high as well.

The armpit odor of those who ate garlic was judged as more pleasant and attractive, compared to the odor of men who didn’t eat any garlic.

The chart below shows the differences between groups in all three experiments. 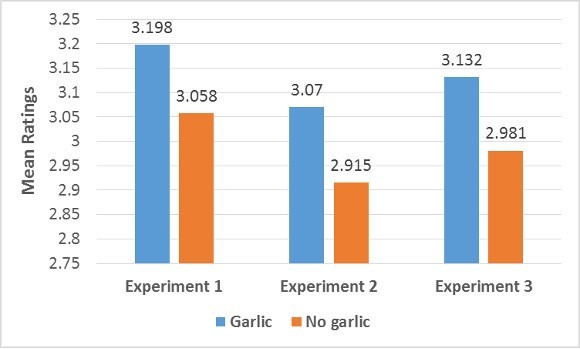 This finding may be explained by the association of odor attractiveness and intensity. More intense body odors were ranked as less attractive.

Alternatively, the women might have subconsciously perceived the body odor of garlic-eating men as more attractive because it exhibited subtle signs of health.

In our opinion, however, this is a much less likely explanation.

Bottom Line: The armpit odor of men who ate garlic was rated more attractive, compared to the odor of those who didn’t eat garlic. This is presumably because garlic reduced the intensity of sweat odors.

This study appears to have been conducted well, but has one limitation.

The number of participants was lower in experiment 1, which weakens the statistical power of the findings and makes comparisons between experiments difficult.

Garlic decreased odor intensity and increased attractiveness, as rated by women. However, it also decreased the perception of masculinity.

Although the real-life application of this study is questionable, the results are intriguing. Garlic may affect certain skin bacteria responsible for intense sweat odor.

Clearly, there is more to garlic than meets the mouth.