For decades, saturated fat has been believed to be harmful. This is claimed to be because saturated fat raises blood levels of cholesterol inside LDL lipoproteins, which is a risk factor for cardiovascular disease (heart disease and strokes).

This is often referred to as the diet-heart hypothesis.

However, several major studies in recent years have challenged the diet-heart hypothesis and failed to find a relationship between saturated fat consumption and cardiovascular disease. 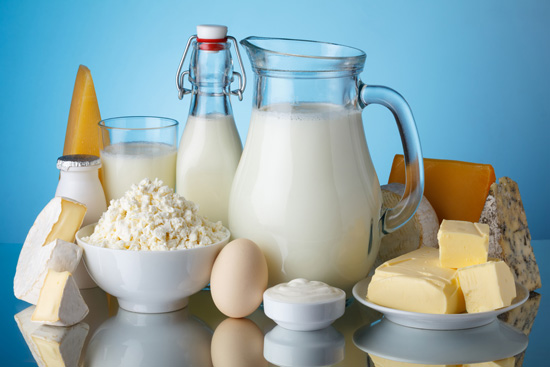 A new study recently came out that looks at the relationship between saturated fat consumption and the risk of cardiovascular disease.

This is a systematic review and meta-analysis performed by the Cochrane collaboration, an independent organization of scientists that do objective and highly thorough reviews of randomized controlled trials.

When it comes to the quality of scientific evidence, it really doesn’t get much better than a Cochrane review.

The researchers searched the literature for randomized controlled trials that fulfilled certain criteria.

These included, but were not limited to:

All in all, 15 randomized controlled trials with over 59,000 participants were included.

There were several interesting findings in the study.

In the current review, intervention that reduced saturated fat intake led to a 17% reduction in cardiovascular events. The quality of evidence was deemed “moderate.”

All-cause mortality refers to death from any cause, including heart attacks, cancer, accidents and others.

This study showed that reducing saturated fat has no statistically significant effect on total mortality. In other words, you are just as likely to die if you significantly cut back on saturated fat intake.

Cardiovascular mortality implies death caused by either heart attacks or strokes. These are currently the two of the world’s most common causes of premature death.

This study did not find any benefit of reducing saturated fat. In other words, those who reduced their intake of saturated fat were just as likely to die from heart attacks or strokes.

The study almost found a small reduction in fatal heart attack risk by reducing saturated fat. The risk ratio was 0.95, or a 5% reduction in risk.

However, this was not statistically significant.

The study found no reduction in non-fatal heart attacks.

There were no reductions in strokes (bleeding or a blood clot in the brain) in groups who restricted their saturated fat intake.

All in all, the only benefit of reducing saturated fat intake was found in cardiovascular events. There was no statistically significant effect on mortality, death from cardiovascular disease, heart attacks or strokes.

However, when they analyzed the studies further, they found a significant reduction in cardiovascular events only when saturated fat was being replaced with polyunsaturated fats.

In other words, reducing saturated fat had no effect on its own, but replacing it with polyunsaturated fats led to a 27% reduced risk of cardiovascular events (but not death, heart attacks or strokes).

They also found that the people who had the greatest reduction in serum total cholesterol were the most likely to experience a benefit.

This implies that changes in fat intake may be beneficial when they actually lead to a significant improvement in blood lipids.

These were the conclusions of the study:

In this case, the study’s conclusions are not supported by the data.

It is hard to find any limitations to this study. It is just about as good as it gets when it comes to studies on nutrition.

The only major flaw is the misleading conclusion.

What Other Studies Say

The findings of this study are similar to a previous Cochrane review that was done in 2011.

It is also in line with findings from other recent systematic reviews and meta-analyses that did not find a link between saturated fat intake and heart disease.

Despite the strange conclusion of the study authors, the data they derived from their review is another nail in the coffin of the diet-heart hypothesis.

This high-quality study shows that reducing saturated fat has no effect on heart attacks, strokes or the risk of dying from all causes.

However, there may be a modest cardiovascular benefit to replacing saturated fats with polyunsaturated fats, such as those found in fish, nuts and olive oil.

According to this current study, this is unlikely to prolong your life, but it may reduce your risk of experiencing a cardiovascular event slightly.

Importantly, despite saturated fat not being harmful in reasonable amounts, this does not mean that people should go out of their way to eat more of them.

Saturated fats appear to be neither good, nor bad. They are just neutral.

However, we do know that there are fats out there that have actual benefits.

Emphasizing foods that contain healthy fats, such as fish, nuts, seeds and extra virgin olive oil, may lead to a net health benefit.

In other words, don’t avoid saturated fats, but still try to prioritize whole foods that contain fats that have clearly been shown to be healthy.