The effects of low-fat diets on weight loss have been debated for many years.

Even though a lot of researchers have studied this, the evidence is still inconclusive.

For this reason, a team of US scientists analyzed trials comparing the effectiveness of low-fat diets to other types of diets. 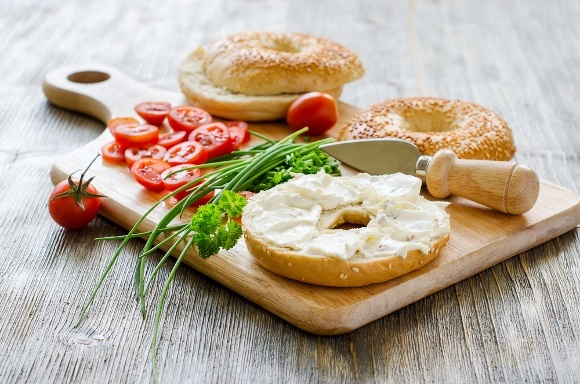 Many studies have examined how macronutrients — carbs, fat and protein — affect weight loss, but the best ratio of the three has yet to be determined.

One common belief is that higher-fat diets cause weight gain. As a result, many weight-loss diets are low in fat.

This is mainly because fat contains more than twice as many calories as carbs and protein. So, gram for gram, replacing fat with another macronutrient should promote weight loss.

However, the evidence is inconsistent. Randomized controlled trials do not always find low-fat diets to be effective for long-term weight loss.

A group of researchers conducted a meta-analysis of randomized controlled trials, comparing the effectiveness of low-fat diets with higher-fat diets for long-term weight loss.

This meta-analysis examined the effectiveness of low-fat diets for long-term weight loss, compared to other types of diets.

The analysis included 53 trials and a total of 68,128 participants. All of the trials were long-term, lasting for more than 1 year.

However, they were not all weight-loss trials, and the low-fat diet ranged in fat content from under 10% of calories to under 30% of calories from fat.

Sub-Analyses of the Main Study

Not all of the included studies provided the same results.

This inconsistency is, at least partly, explained by how the studies were designed.

For example, the present meta-analysis suggests that study intensity may have influenced the effectiveness of the investigated diets.

Study intensity depended on several factors, such as the level of support given to participants, and whether or not the diets were calorie-restricted.

For more accurate results, the researchers did a sub-analysis of studies with a similar intensity.

Bottom Line: In addition to combining the results of all studies, this meta-analysis also compared studies of similar intensity to minimize risk of bias.

Finding 1: Low-Fat Is Not Better Than Higher-Fat

There were no significant differences in weight loss between low-fat and higher-fat diets, when all the studies were analyzed together. This is consistent with one previous meta-analysis.

On the other hand, the average weight loss was 3.8 kg (8.4 lbs) in the analyses of trials where the diets were also calorie-restricted.

When the study diets differed by more than 5% of total calories from fat, higher-fat diets led to significantly greater weight loss.

Also, if the change in circulating triglycerides differed by 0.06 mmol/L or more between diets, the higher-fat diet was more effective than the low-fat diet.

Simply put, when the studies were designed for weight loss, and compliance was adequate, higher-fat diets caused more weight loss than low-fat diets.

These results are not supported by a previous meta-analysis concluding that reducing total dietary fat leads to significantly greater weight loss, compared to other dietary patterns.

However, this previous analysis selected studies of shorter duration, excluded trials that had calorie-restricted diets, and didn’t take study intensity into account.

Finding 2: Low-Fat Is Not Better Than Low-Carb

When compared to low-carb diets, low-fat diets were found to be slightly less effective for weight loss.

These results are supported by previous meta-analyses, which estimated a 0.9–2 kg (2–4.4 lbs) greater weight loss on a low-carb diet, compared to a low-fat diet.

Finding 3: Low-Fat Is Better Than Nothing

Low-fat diets were more effective for weight loss than no dietary intervention at all.

The analysis found that people on a low-fat diet lost 5.4 kg (11.9 lbs) more weight, on average, than those who did not alter their diet.

This indicates that low-fat diets are not completely useless for weight loss. Going on a low-fat diet is definitely a better weight loss strategy than continuing to eat a Western diet.

However, higher-fat and low-carb diets are even more effective.

These results are supported by one previous meta-analysis showing that low-fat diets caused greater long-term weight loss, compared to the participants’ regular diets.

Bottom Line: Low-fat diets caused significantly more weight loss than habitual diets. Although a low-fat diet is not the best option, it is much better than adhering to the typical Western way of eating.

This meta-analysis appears to be as good as they get. The main limitation is the variability of the trials, since they differed considerably in design and intensity.

However, the researchers tried to minimize this bias by doing comparisons of similar-intensity studies.

Additionally, most of the studies allowed participants to eat on their own. Food was not provided or monitored, and the studies relied on self-reporting.

Bottom Line: This was a high-quality meta-analysis with no obvious design flaws. However, the strength of the evidence is limited by the variability and shortfalls of the included trials.

Simply put, low-fat diets are not the best option for weight loss.

However, they are better than no dietary changes at all. This study just shows that other diets, such as higher-fat and low-carb diets, are much more beneficial.

If you are considering going on a weight loss diet, then you don’t necessarily need to reduce your fat intake.

Instead, you should reduce the amount of carbs in your diet, while making your food choices healthier overall.