In the past decade, the Paleolithic diet (or paleo diet) has gained considerable popularity due to its claimed health benefits.

However, it differs from official dietary recommendations in many ways. For example, it excludes all grains, dairy products and industrially processed food.

Several studies have investigated the health effects of the paleo diet. This meta-analysis examined its effects on metabolic syndrome. 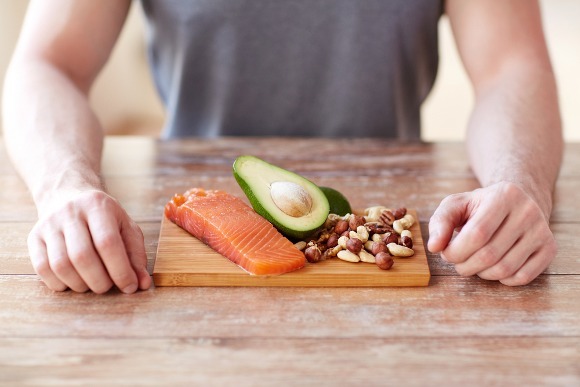 Metabolic syndrome is a group of adverse conditions associated with abdominal obesity.

These include the following risk factors for type 2 diabetes and heart disease:

An underlying cause of metabolic syndrome is thought to be the modern processed diet, causing low-grade inflammation and insulin resistance.

For this reason, it is very likely that diets based on unprocessed, whole foods, like the paleo diet, may improve health among people with metabolic syndrome.

Scientists from Bahrain and the Netherlands did a meta-analysis of randomized controlled trials that compared the paleo diet with other dietary patterns.

The researchers conducted a meta-analysis of randomized controlled trials.

They combined results from many conceptually similar studies and performed new statistical analyses.

This meta-analysis included four randomized controlled trials (I, II, III, IV) with a total of 159 participants.

The researchers then compared these findings to control diets based on nutrition guidelines from around the world.

The main research question of this review was: Does adhering to a Paleolithic diet improve metabolic risk factors?

The paleo diet resulted in greater improvements in body composition than the diets based on official health recommendations.

Below is an overview of how the paleo diet differed from the control diets in the short-term. The numbers represent the mean difference.

Supporting this, a few other trials have shown that going on the paleo diet may reduce body weight and improve body composition.

Bottom Line: The Paleolithic diet resulted in greater reductions in body weight and waist circumference than diets based on official health recommendations.

HDL-cholesterol and C-reactive protein levels were also reduced, but the differences between the diets were not significant.

A few other human trials on the paleo diet have provided similar results.

The paleo diet resulted in significant reductions in both fasting blood sugar and insulin.

However, changes in blood sugar and insulin were not significantly different between diets.

Bottom Line: The Paleolithic diet resulted in improvements in blood sugar control. However, the difference between diets was not significant.

How Does the Paleolithic Diet Improve Metabolic Syndrome?

There are several possible reasons why the paleo diet may have an advantage over conventional diets.

Bottom Line: Paleolithic diets do not contain any processed foods or foods that are high on the glycemic index. This may help prevent low-grade inflammation and reduce the risk of insulin resistance.

This meta-analysis appears to be well designed and not have any serious limitations. The control diets were also relatively similar.

However, the included studies had a few potential limitations:

In short, the study shows that a paleo diet may have moderate benefits for metabolic syndrome.

However, the authors of the article believe that more evidence is needed before Paleolithic nutrition can be recommended in official guidelines.

Additionally, it is debatable whether total avoidance of dairy and grains is necessary, or even advantageous, for optimal health.

That being said, it is clear that avoiding processed foods and adhering to a diet based on whole foods is sound nutritional advice.