Certain gut bacteria are more common in obese people and those with metabolic syndrome.

Although the health relevance of this is not completely understood, many scientists believe that an imbalanced gut microbiota (dysbiosis) may contribute to obesity and metabolic syndrome.

Growing evidence suggests that certain chemical compounds produced by gut bacteria play a role. These include short-chain fatty acids, such as butyrate, propionate and acetate.

Below is a detailed summary of a recent study on the potential role of acetate in the development of obesity. 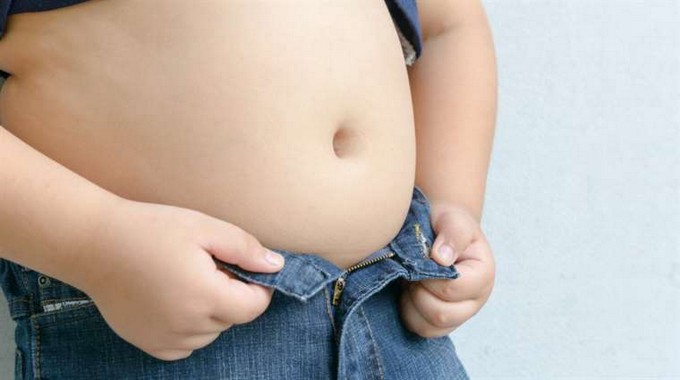 This was a series of experiments in rats investigating the potential role of acetate in the development of obesity and metabolic diseases.

The researchers discovered that a high-fat diet increased circulating acetate levels and whole-body acetate turnover in rats. It also more than doubled the levels of acetate in the cecum and colon.

Additionally, the study showed that rats without any gut bacteria had negligible amounts of acetate in their digestive tracts.

Together, these findings strongly suggest that acetate-producing bacteria in the colon were responsible for the rise in acetate.

Therefore, it seems that acetate production is driven by calorie-dense diets.

In a separate test-tube experiment, the researchers showed that bacteria in feces can produce acetate from glucose or fatty acids.

The researchers detected a significant increase in glucose-stimulated insulin secretion (GSIS) in rats fed a high-fat diet for 3 days or 4 weeks.

Injections of acetate into rats fed a normal diet led to similar increases in GSIS, indicating that acetate was responsible for the effects.

Interestingly, the increase in GSIS was blocked after colon removal, colon washout or a broad-spectrum antibiotic treatment.

Taken together, these findings strongly suggest that elevated bacterial production of acetate in the colon is responsible for the increased GSIS.

Bottom Line: A high-fat diet or increased acetate production in the colons of rats led to increases in glucose-stimulated insulin secretion.

Instead of directly affecting the pancreas, the study indicates that acetate affects insulin levels indirectly through the parasympathetic nervous system (PNS).

The researchers measured a marker of PNS activity or gastrin, a digestive hormone whose levels are known to be under PNS control.

Additionally, acetate levels in the brain increased, confirming that acetate is able to cross the blood-brain barrier and enter the brain circulation.

The researchers got similar results when they injected the rats with atropine, a chemical that blocks the activity of the PNS and vagus nerve.

These findings strongly suggest that acetate affects insulin levels indirectly via the brain and PNS.

Acetate also doubled the rats’ calorie intake and weight gain during the 10-day study period, an effect largely explained by the rise in ghrelin.

All of these effects were blocked when the researchers severed the vagus nerve, suggesting that acetate affects metabolism indirectly via the brain and parasympathetic nervous system.

These studies were done in rats.

Although basic metabolism is similar in rats and humans, the findings need to be confirmed in clinical trials.

This series of experiments in rats suggests acetate, which is formed by gut bacteria in response to calorie-dense foods, may promote obesity and metabolic disease.

Although a number of lifestyle factors contribute to obesity and metabolic syndrome, this study strongly suggests that the gut microbiota may play an important role.

However, before any solid conclusions can be reached about the role of acetate in humans, clinical trials need to confirm the findings of the current study.