Food addiction and emotional eating can lead to weight gain and obesity.

Recently, a group of researchers examined the effects of a sad film clip on women’s attention to images of food. The results recently appeared in Appetite. 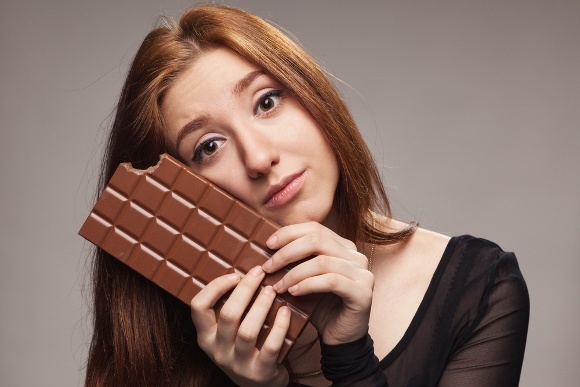 Certain types of food can be difficult or impossible to resist. These are usually high in sugar and fat.

For people with a food addiction, these foods are believed to act in a similar way to recreational drugs, activating the same brain centers.

In animals, studies have shown that eating a calorie-rich meal high in both sugar and fat leads to a surge of dopamine in the brain, providing a “feel good” effect.

Studies also suggest that obese individuals and people with eating disorders, such as binge eaters, may pay more attention to high-calorie food, compared to people who do not have these problems.

Since food addiction has been linked to increased impulsiveness, this tendency may make it hard to maintain a healthy weight.

Food addiction is also closely linked to emotional eating. For some people, eating sweet, high-fat foods may be a way to cope with negative emotions.

Negative emotions may also trigger binges, and are linked with increased calorie intake among people with binge eating disorders.

A team of researchers from the University of Calgary, in Canada, examined the effects of a sad film on attention to images of unhealthy foods among women with and without food addiction.

This experiment examined the effects of a sad mood on attention to food among women with and without food addiction.

Before the experiment started, the researchers asked potential participants to complete online questionnaires, including the Yale Food Addiction Scale.

They then recruited 66 women, making sure that approximately half of them were likely food addicts. Only women were recruited for participation, since their food intake may be more affected by emotions than men’s.

All of the participants then went through the same tests, as described below:

During the attention assessment, each set of images was shown for 8 seconds. They displayed one unhealthy food, one healthy food and two non-food images.

Between all of the steps, mood was assessed using two different questionnaires, in order to make sure the films were having the intended emotional effects.

Bottom Line: This study investigated how negative feelings, such as a sad mood, affect women’s attention to unhealthy foods.

Both groups got equally sad after watching the sad film clip.

However, only women with a food addiction increased their attention to images of unhealthy foods after watching the film. 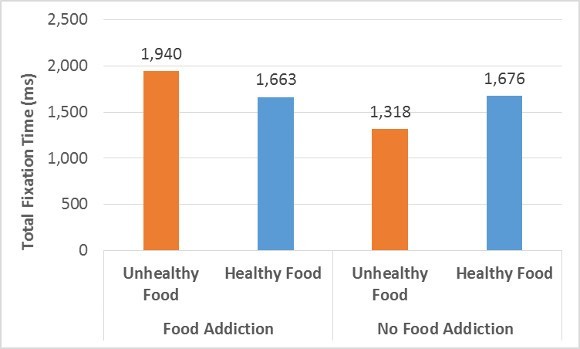 Similarly, the food addicts scored higher on all questionnaires related to food disorders.

Despite these findings, satiety and appetite remained similar in both groups.

Bottom Line: The study showed that women with food addiction paid more attention to food while they were sad. Women without food addiction did not respond in the same way.

This study had a few minor limitations.

First, it only included young, Caucasian women. It is unclear how men, older women or other ethnicities would react.

In short, the study indicates that people with food addiction tend to pay more attention to high-calorie foods when they are sad.

For these people, eating may be a way to cope with negative emotions.

Although still unproven, it’s not implausible that a happy and stress-free life may help people keep their weight in check.