Here is a detailed summary of their findings. 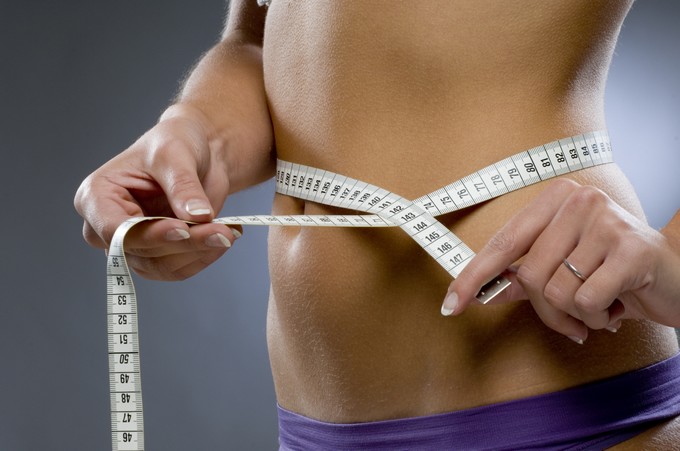 These bacteria belong to a group known as lactic acid bacteria (LAB). They produce lactic acid from carbs and are found in several fermented foods, such as yogurt, cheese and sourdough bread.

Research suggests that certain lactic acid bacteria may promote weight loss in humans. These include Lactobacillus rhamnosus and L. gasseri (1, 2, 3).

Both of these are naturally found on human skin and in the digestive tract. They are also among the first bacteria to colonize the guts of breastfeeding infants.

Pediococcus pentosaceus is another species of LAB that has been found to be effective for weight loss in obese mice (4).

However, until now, its effects on weight loss in humans have not been studied.

This study compared the effectiveness of supplementing with heat-killed or livePediococcus pentosaceus on weight loss in Japanese adults.

The purpose of this 12-week, randomized controlled trial was to examine the effectiveness of supplementing with the probiotic bacteria Pediococcus pentosaceusLP28 (LP28) on weight loss in overweight individuals.

A total of 62 Japanese men and women between the ages of 20–70 were randomly assigned to one of three groups. Each group consumed one spoonful of the following every day for 12 weeks:

At the beginning and end of the study, the researchers measured body fat mass using bioelectrical impedance analysis (BIA).

Bottom Line: This was a randomized controlled trial comparing the effectiveness of live and heat-killed LP28 (a probiotic) on weight loss in overweight men and women in Japan.

Supplementing with the heat-killed LP28 caused a 1.7% decrease in body weight, compared to the placebo.

In contrast, weight loss among those who took live LP28 was not statistically significant. The chart below compares the differences in fat loss between groups. 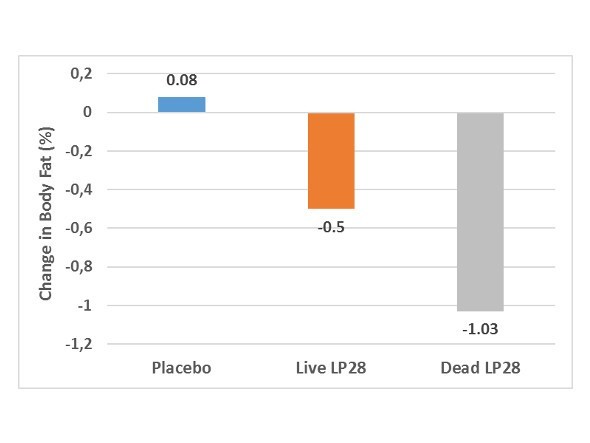 This was the first study to examine the effects of LP28 in humans, but previous research in mice has suggested that LP28 may be an effective weight loss supplement (5).

None of the blood values significantly differed between groups.

How Can Expired Probiotics Cause Weight Loss?

The reason why expired LP28 were more effective than live LP28 is unknown.

The current results are supported by previous studies suggesting that probiotics may have health benefits even when they’re expired. This phenomenon has been labeled the “probiotic paradox”.

The probiotic paradox is likely explained by bioactive compounds that are released when the bacterial cells dissolve in the digestive system.

Like other lactic acid bacteria, Pediococcus pentasaceus produces exopolysaccharides, which are responsible for the thick and sticky texture of some fermented dairy products such as yogurt.

Exopolysaccharides may also affect immune responses and reduce inflammation in the digestive tract.

Additionally, P. pentosaceus has been widely studied for its ability to produce an antibiotic known as pediocin, which limits the growth of other bacteria.

Interestingly, P. pentasaceus is present in ripened cheese and some processed meats, where pediocin is thought to act as a preservative, preventing the growth of harmful bacteria such as Listeria (6, 7).

It is unclear whether any of these compounds, or some other substances, explain the present findings.

This study did not seem to have had any methodological limitations.

However, the participants were Japanese adults. The effectiveness of expired L28 cannot be generalized to other populations.

Finally, Hiroshima University Hospital, where the study was conducted, holds the patent on the use of LP28 as a weight-loss supplement. This also applied to three of the paper’s authors, including the main author.

In comparison, live LP28 did not lead to significant weight loss. The study supports earlier evidence that some probiotics may have health benefits, even when they are expired.

These effects are likely explained by bioactive compounds that are released from expired cells in the digestive tract. However, it is still unknown what compounds are responsible.

Further studies are needed before we can recommend expired probiotics as weight loss supplements. Also, these effects may not apply to all types of probiotics.