Scientists have hypothesized that people who follow plant-based diets for many generations are better adapted to vegan or vegetarian diets.

In other words, some populations may be better at getting the nutrients they need from these diets. Recently, a group of researchers tested this hypothesis.

Here is a summary of their results. 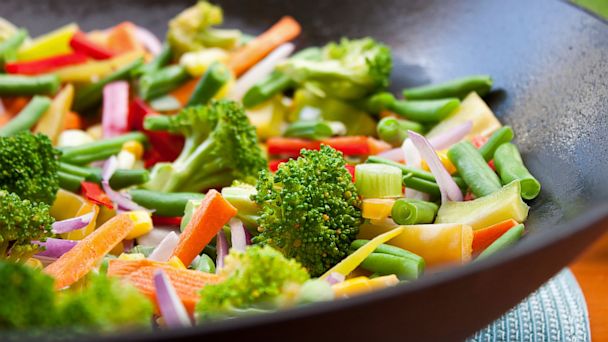 Arachidonic acid is a long-chain, polyunsaturated omega-6 fat. It’s mainly found in animal-derived foods, such as meat, dairy and eggs.

For this reason, vegans can get the arachidonic acid they need from linoleic acid, which is found in high amounts in many vegetable oils.

Although this conversion is usually inefficient, some people may be better at producing arachidonic acid from linoleic acid.

Researchers examined whether a variation of the FADS2 gene, which is involved in the conversion of linoleic acid to arachidonic acid, would result in improved levels.

They also tested the frequency of this gene in different populations.

The purpose of this study was to examine whether a variation of the FASDS2 gene resulted in higher arachidonic acid levels.

Additionally, the researchers wanted to find out if the proportion of people with this gene differed between human populations.

The researchers also used reference data from the 1,000 Genomes Project. This allowed them to compare a greater number of different populations.

Additionally, the levels of arachidonic acid in red blood cells were analyzed in the 199 participants who came from Kansas.

Bottom Line: This study examined if a variation of the FADS2 gene led to higher levels of arachidonic acid, and if it was more common in traditionally vegetarian populations.

Finding: Some People Are Better at Producing Arachidonic Acid

This study showed some people have a variation of the FADS2 gene (rs66698963) that makes it easier for them to produce arachidonic acid from linoleic acid.

This implies that they are better adapted to a diet that’s very low in arachidonic acid, such as a vegan diet. Additionally, the study found that the percentage of people with this gene variation differed between populations.

Specifically, it was much higher in Indians, and other people in South Asia, compared to North Americans and Europeans. This can be seen in the chart below.

What’s more, the levels of arachidonic acid were, on average, 8% higher among those who had this gene variation, compared to those who didn’t.

Evolutionary tests also revealed that these population differences were unlikely due to chance. In other words, it appears they may be genetic adaptations reflecting traditional, ancestral diets.

Bottom Line: The study found that the gene variant led to higher circulating levels of arachidonic acid. It also showed that it was more common in India and south Asia, compared to North America and Europe.

What Are the Health Implications?

According to some estimates, humans evolved eating omega-6 and omega-3 fatty acids in the ratio 4:1 to 1:1.

For this reason, the ratio of omega-6 to omega-3 in the Western diet may even reach above 10:1.

Some scientists are concerned that a high omega-6 to omega-3 ratio may promote inflammation and increase the risk of heart disease, diabetes and cancer.

The authors of the current study speculated that individuals with the rs66698963 gene variation may be at a greater risk of developing inflammation-related, chronic disease when following a diet high in omega-6 linoleic acid and/or arachidonic acid.

For this reason, it is possible that people with this gene variant might be better off sticking to vegetarian diets that do not contain much arachidonic acid and are relatively low in linoleic acid.

Conversely, people without this gene variant should try to get some arachidonic acid from their diet. Strict vegan diets might not suit them.

These are speculations, however, and further studies are needed.

Bottom Line: The health implications of the findings are unclear. The authors speculated that people with the vegetarian gene variant may be better off limiting their intake of arachidonic acid and linoleic acid.

This study did not seem to have many limitations, but the health relevance of the results is unclear.

Additionally, the levels of arachidonic acid were only measured in those participants who came from Kansas in the US, but not in the Indian population.

In short, this study showed that some people have a certain gene variant that makes them better at converting linoleic acid into arachidonic acid.

This seems to be an adaptation to plant-based diets that contain low levels of arachidonic acid.

Additionally, this gene variant is more common in India and Southeast Asia, compared to North America and Europe.

The health implications are unknown, but the authors speculated that people who have this variant should try to limit their linoleic acid and arachidonic acid intake.