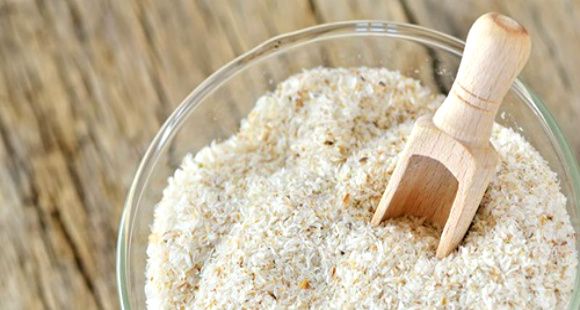 What is Psyllium Husks?

Also referred to as isabggol or ispaghula, the Psyllium seed Husks are a part of the plant Plantago ovate which is a native of Pakistan, Bangladesh and India. Psyllium seed Husks are mostly used to assist in the loss of excessive weight and to relieve digestion issues such as irritable bowel syndrome, constipation and diarrhea. The Psyllium Husk has a wide array of health benifits that have made it a popular product for the health conscious demegraphic. Here is a brief but detailed rundown of some of the benifits that Psyllium has on the body. 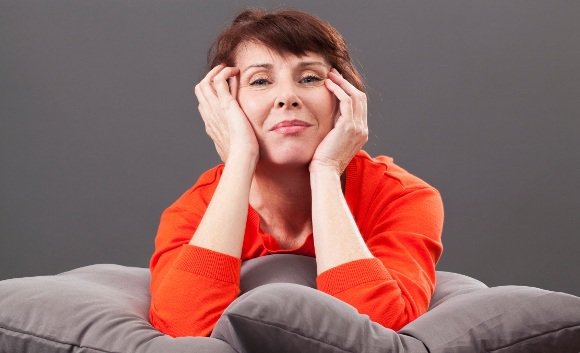 Psyllium Husk is rich in both soluble and insoluble fiber.

Some of the benifits of natural fiber contained in Psyllium is that it can provide the fiber you need without requiring you to alter your normal diet. The soluble fiber is Psyllium significantly slows down digestion and controls the absorption of sugar into the bloodstream preventing sugar levels from spiking up consequently preventing fat accumulation.

Psyllium is also a bulk-forming laxative. This essentially means that it Psyllium Husks soak up water in the gut making bowel movements easier. It soaks up water by swelling when it comes in contact with water and reliable studies shown that it can absorb water that is 8 to 16 times it weight.

In case a person is suffering from inflammation along the digestive tract, Psyllium will act as an inflammatory agent that soothes the walls of the digestive system. It acheives this because it contains muscilage which is not only cooling but also slippery.

Common bowel-related issues such as hermorrhoids can be resolved using Psyllium Husks. Since hemorrhoids from when a person consistently strains when eliminating hard stool, consuming Psyllium together with large quantities of water will ensure stools are soft and easy to eliminate. 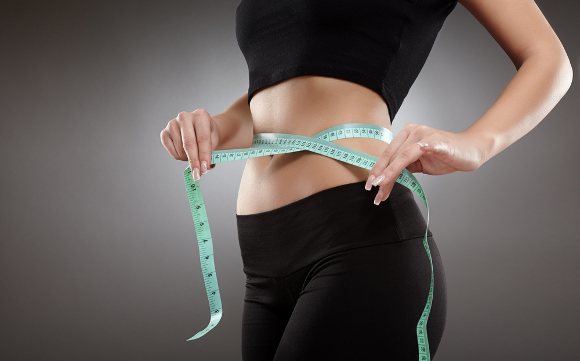 Since the Psyllium Husks swells up to ten to twenty times its original size when in contact with water, it creates the illusion of full stomach hence reducing the amount of food a person consumes considerably. The illusion of a full stomach reduces hunger and prevents binge eating hence aiding in loss of weight. Experts have established that Psyllium Husks work well if taken at least twenty minutes before a meal because they cause fullness that results in eating less. When on a diet or trying to control portions, Psyllium will come in handy as the fealing of fullness will make adhering to a diet much easier.

Psyllium Husk is arguably the best supplement as it has extremely low calories approximately 32 calories per two tablespoons. This mean a person can confortably consume Psyllium Husks without running the risk of adding excess calories. 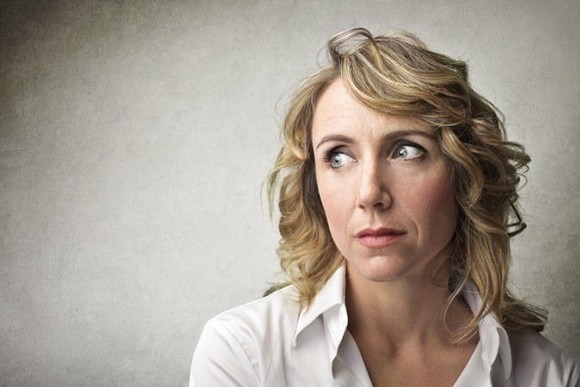 1. Ensure that Psyllium Husk is taken together with a liquid preferably water. Desist from eating Psyllium Husk on its own as this can cause digestion issues. Apart from water, you can mix this effective dietary supplement with a variety of healthy liquids such as vegetable smoothies, fruit juices, stew, soups, ice cream, yofurt and even milk.

2. Consume a lot of liquids before and after consuming the Psyllium Husk. This is because since the Psyllium Husk absorbs a lot of water and moisture it can easily make a person dehydrated. If you are taking Psyllium ensure you drink at least eight glasses of water to avoid getting dehydrated. Essentially, it is not easy to swallow Psyllium Husk without water therefore for convenience take it with water.

3. Pregnant should avoid consuming Psyllium Husk because pregnant women need to stay dehydrated consistently and constantly. Additionally they are also bloated all the time and need to eat nutritious food; this is impossible the Psyllium Husk fill the stomach.

4. Desist from consuming Psyllium Husk immediately after and before a meal. Either take it some minutes before and after a meal or consume it in-between meal to avoid tampering with digestion.

5. Psyllium Husk has no nutritional benefit therefore it should not be a substitue for a balance diet. It is a strictly a supplement and not a nutritional food that adds value to your diet. 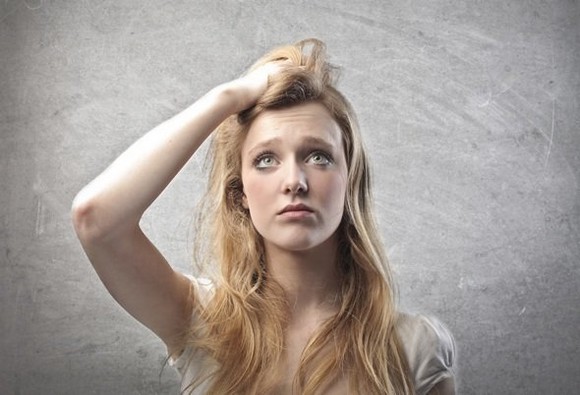 Since Psyllium Husk are completely natural they cannot harm the body in any way. Unlike some natural laxatives that are addictive, Psyllium Husks can be regularly consumed without the chance of becoming addictive. The user has full control of when to take this supplement and how to take it.

A user has to keep in mind that since Psyllium Husk is natural bulking gent, it needs to be taken together with a lot of water. For precautionary purposes it is advisable that one tablespoon should be accompanied by two glasses of water. Since Psyllium absorbs a huge amount of water, it wil be ineffective if taken without water as it will cause constipation. If you have either diabetes or diverticulitis, you should seek a doctor’s advice and guidance to sensure you consume Psyllium in a healthy way that will not harm your overall healthy or worsen your symptoms.

Serious allergic reactions to Psyllium are extremely rare but user should avoid over consumption and take it with a liquid to avoid choking.

A common side effect of taking Psyllium Husk is mild stomach cramping especially for a new user, Since this is a common symptopm that is mostly caused by insufficient consumption of water, you should sek medicial advice and guidance. The doctor will ascertain whether it is safe to continue consuming Psyllium Husks or not.

If you have a medical history of appendicitis or stomach blockage then you need to consult a doctor before taking Psyllium Husks.

People with a history of kidney disease must seek the medical advice before consuming Psyllium Husk.

If you are a health conscious person then there is not doubt that you are always on the lookout for a natural way of maintaining a normal body weight. Psyllium Husks completely lives to the hype and will help you lose weight. If you are wondering why Psyllium Husks have become  the biggest craze in the weight loss scence, there are 7 amazing weight loss benifits that will absolutely make you want to try out Psyllium Husks.

1. An exhaustive and thorough study by University of Maryland ascertained that Psyllium Husks suppress appetite. Since Psyllium will swell once in the stomach it will make a person feel full and make them lose their appetite.

2. Psyllium is rich in dietary fiber which improves digestion and nutrient absorption ensuring that all food you consume is optimally utilised.

3. Psyllium Husks come in handy in the treatment of digestive disorders that can hinder healthy dieting. Since Psyllium makes digestion and elimination easier and stress free, it will make dieting an easier experience.

4. Psyllium Husks ensure that harmful toxins consumed together with food are removed before absorption. If these harrmful toxins are absorbed to the body, they can cause harm and lead to excessive weight gain which is undesirable.

6. Psyllium Husks literally clean and empty your insides. It is very uncomfortable walking around with accumulated fecal matter. This amazing dietary supplement will effectively clean out your bowels.

7. Psyllium Husks can seamlessly fit into any diet you are trying out. since all healthy diets prominently feature water and other healthy liquids such as fruit juice, you can add this supplement to your diet no matter how strict the diet in question is.

However Psyllium treatments for a diabetic should be specifically tailored to cater for the particular needs of each diabetic patient. With the guidance of a doctor, a diabetic patient will be able to come up with Psyllium regimen that works for them.

Psyllium Husk is a natural gluten free fiber that can be used to bake healthy desserts.

Although trafitionally consumed simply as a supplement, this fiber rich supplement can also be used to bake healthy gluten-free desserts. If you are a sweet tooth then you know that most gluten free desserts are dry and crumbly. Psyllium Husks will resolve this problem because it will act as a moisturizing gel when combined with water. If you are on gluten free diet and want a delicious dessert then make Psyllium Husk a compulsory ingredient. This way you are able to lose weight and still indulge in your favocrite dessert.

Psyllium Husk is definitely a dietary supplement that is worth trying out!