A low-calorie, low-fat diet is frequently recommended for weight loss.

However, strong evidence suggests that low-carb diets may be more effective.

Recently, scientists set out to examine this issue further. They conducted a meta-analysis of randomized controlled trials that compared low-fat diets to low-carb diets.

Here, we provide a detailed summary of the main results. 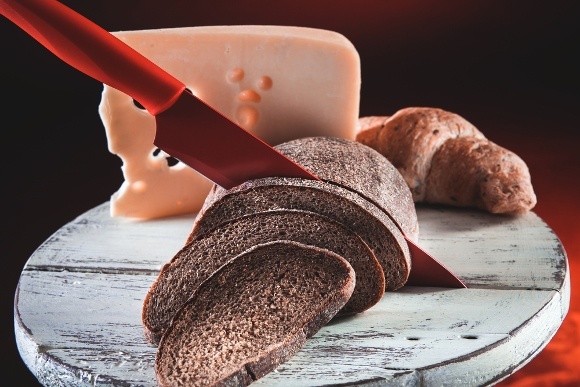 Low-fat diets have traditionally been recommended for weight loss.

There are two reasons for this.

First off, fat is the most energy-dense macronutrient. Second, saturated fat used to be believed to increase the risk of heart disease.

However, many studies do not support the idea that low-fat diets are very effective for weight loss.

In fact, strong evidence points toward low-carb diets being more effective. These diets typically limit carbohydrate intake to less than 20–30% of total calorie intake, and are higher in protein and fat.

A group of US researchers compared the effectiveness of low-carb and low-fat diets on causing weight loss and improving risk factors for heart disease.

Dietary Intervention for Overweight and Obese Adults: Comparison of Low- Carbohydrate and Low-Fat Diets. A Meta-Analysis.

This was a meta-analysis of randomized controlled trials that compared the effectiveness of two weight loss diets: low-carb and low-fat.

The researchers selected 17 randomized controlled trials that included a total of 1797 overweight and obese participants.

These trials had a few things in common:

This analysis compared the effects of low-fat and low-carb diets on changes in body weight, blood lipids and blood pressure.

Bottom Line: This was a meta-analysis that combined the results of 17 randomized trials. These trials compared the effects of low-carb and low-fat diets on weight loss and risk factors for heart disease.

While both low-carb and low-fat diets may cause significant weight loss, low-carb diets seem to be more effective.

In fact, the probability of greater weight loss on a low-carb diet, compared to a low-fat diet, was more than 99%.

The chart below shows the difference in weight loss between groups. 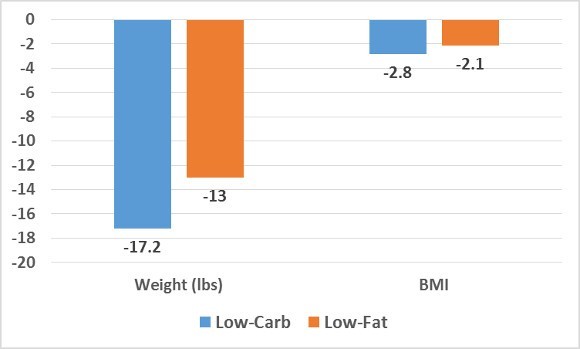 These findings are supported by previous studies on low-carb diets.

Part of the reason for this may be that low-carb diets also tend to be higher in protein than low-fat diets. Protein can have beneficial effects on body weight.

The chart below shows the changes in blood lipids in both groups.

Additionally, improvements in systolic blood pressure were slightly better in the low-carb group, with a difference of 1.7 mmHg between groups.

The probability of a low-carb diet causing a greater reduction in heart disease risk was calculated as 98%.

Overall, these results are consistent with previous studies on low-carb diets.

This study appears to have been well-designed and followed a precise protocol.

However, there were a few limitations to the trials included in the analysis.

First, patient-level data was not available for all of the studies. This limited the researchers’ ability to fully evaluate the quality of the studies they used.

Second, a substantial amount of the studies’ participants dropped out, and the drop-out rate differed significantly between studies. However, according to analyses, this should not have affected the overall results.

Finally, the scores calculated for heart disease risk were based on assumptions that were not verifiable.

The study was supported by a grant from Atkins Nutritionals, a company that produces low-carb products. This does not invalidate the findings, but should be mentioned.

Bottom Line: This study was well-designed and followed a strict protocol. The limitations appear to be minimal.

In short, this study found low-carb diets to be more effective for weight loss than low-fat diets.

Additionally, low-carb diets appeared to be slightly better at improving risk factors for heart disease, such as blood lipids and blood pressure.

All that being said, the best diet for you is the one you can stick to in the long run. A low-carb diet can work very well, but only if you stick to it.