For weight loss, the importance of real food should not be disregarded.

Previous studies suggest that pulses, the seeds of legumes, may help you lose weight. However, the evidence is not entirely conclusive.

Recently, a team of researchers reviewed and analyzed the available data. Here is a detailed summary of their findings. 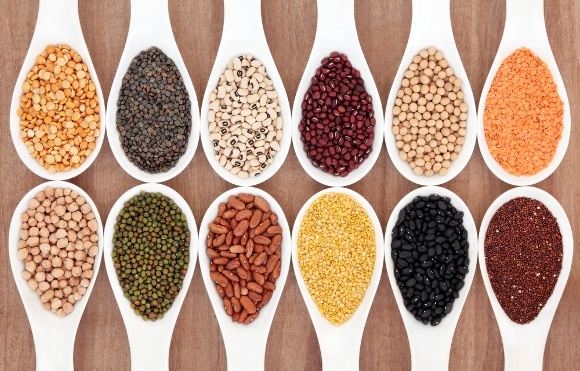 The seeds of legumes are collectively known as pulses. However, not everyone agrees on what pulses are.

According to the United Nations’ Food and Agricultural Organization (FAO), the name pulse only refers to legumes that are harvested for their dry seeds. This definition excludes green beans, green peas, soybeans and peanuts.

Several controlled trials suggest that eating pulses may have benefits for those trying to lose weight. However, their findings are not entirely conclusive.

Factors such as the amount eaten, trial duration, number of participants (statistical power) and the type of pulse examined result in inconclusive findings.

For this reason, combining the results of similar studies in a meta-analysis may increase statistical power, providing more accurate estimates of the truth.

Only one previous meta-analysis examined the effect of pulses on body weight. This meta-analysis, which was published in 2002 and included 8 randomized controlled trials, concluded that pulses do not reduce body weight.

However, many new studies have been published since then, justifying an update.

This was a review and analysis of studies examining how pulses affect body weight.

This was a systematic review and meta-analysis of randomized controlled trials on the effect of pulses on body weight, body fat or weight circumference.

In this study, pulses were defined as all leguminous seeds, except for oilseeds — soybeans and peanuts. These included beans, lentils, chickpeas, dry peas and lupin.

The analysis included 21 trials, including a total of 940 participants. All of the trials had the following characteristics:

Bottom Line: This was a systematic review and meta-analysis of randomized controlled trials examining the effects of pulses on body weight.

This meta-analysis showed that eating pulses may promote modest weight loss in overweight or obese middle-aged men and women.

On average, eating 132 grams of cooked pulses per day (or one serving) led to 0.75 lbs (0.34 kg) greater weight loss over a period of 6 weeks, compared to a diet that didn’t contain any pulses.

Pulses had weight loss benefits even when the diets were not intentionally calorie restricted. This suggests that eating pulses may be an effective alternative to calorie-reduced diets, which may be difficult to stick to in the long-term.

The findings are not supported by a previous meta-analysis, published in 2002.

However, that analysis only included 8 trials, and may not have had enough statistical power to detect differences as significant.

Bottom Line: The analysis showed that eating pulses may cause modest weight loss, even when diets are not calorie-reduced.

Six of the included trials, which had a total of 509 participants, examined the effects of eating pulses on waist circumference.

However, when one study was removed from the analysis, waist circumference decreased by a significant 1%.

Body fat tended to decrease, but the difference between groups was on the verge of being statistically significant.

Why Do Pulses Have Weight Loss Benefits?

The main reason why pulses promote weight loss is probably their ability to increase fullness and reduce appetite.

They have several nutritional properties that make them especially satiating or filling. These include:

Additionally, pulses are affordable and may have a number of other health benefits, potentially reducing the risk of heart disease and type 2 diabetes.

Bottom Line: Pulses may promote weight loss by increasing fullness and calorie intake during a meal.

This meta-analysis had several potential limitations.

First, the findings of one trial may have been largely responsible for the significant effects detected.

Second, many of the included trials were of short duration, or only 4–10 weeks. Further studies need to assess the long-term effects of a diet high in pulses.

Third, only 42% of the included trials were considered to be of high quality, according to the Heyland Methodologic Quality Score.

Finally, this meta-analysis did not distinguish between different types of pulses.

Although all pulses have several beneficial properties in common, it is possible that some of them are more effective than others.

Bottom Line: This meta-analysis had a few limitations. Many of the studies included were of low quality and short duration. Additionally, the analysis did not distinguish between the different types of pulses.

This meta-analysis showed that eating pulses may promote a slight weight loss, even on a diet that’s not calorie-reduced.

The ability of pulses to promote fullness and reduce appetite during a meal may be responsible for these effects.

Simply put, if you are trying to lose weight, adding one serving or a cup of cooked beans, lentils, peas or chickpeas do your daily diet could make a difference.

Don’t forget to share this article about Pulses and weight loss with your friends using the social media icons.