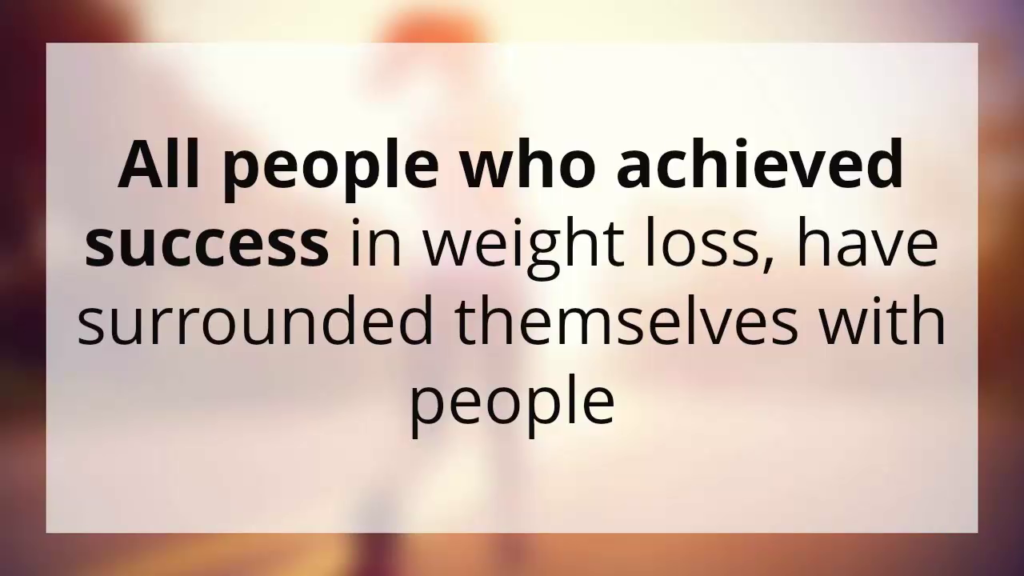 Hey, it’s Aline Pilani here with weight loss sucess Key #6. All people who achieved success in weight loss, have surrounded themselves with people who had goals, ideas and aspirations that supported their desire to lose weight. For example, my friend Lisa, has always had her mother stuffing food in her face. And her sister, who has always been lazy and at least 50 pounds overweight. They both were very negative people and had habits that did not promote a healthy lifestyle and each time lisa was seeving them, she was tempted to eat bad foods or drink soda. So, Lisa decided to not see them as often for a while and she spent more with me and what happened was that she lost 42 pounds of fat from her body. Then because she became an example for her family both her mom and sister lost a lot of weight, because Lisa became strong enough to be able to influence them in a good way, and bit the other way around. Now listen, if your family, your partner or close friends, have bad eating habits, I don’t mean to stop seeing them, but simply to spend less time with them if possible, and to find some new friends, who eat healthier who exercise, who are positive. So, I want you to make a list with all the people around you who are bringing down your weight loss efforts…While at the same time, write down 3-4 people that would help your efforts if you were to hand around them and try to stay close to them as much as you can. So make the list, and simply avoid the people who are bringing you down and stay more with the people who could support your weight loss.

All the best to you and if you need Anything simply write me at contact@alinepilani.com

Don’t forget to share this article about weight loss succes key #6  with your friends using the social media icons.