Chitosan is a dietary fiber sold as a weight loss supplement. However, studies have provided inconsistent results about its effectiveness.

Recently, a team of researchers from India evaluated the effects of one weight loss supplement containing chitosan.

Below is a detailed summary of their findings, published in Nutrition Journal. 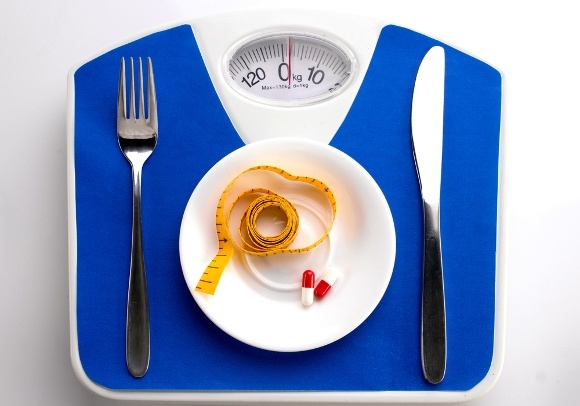 Chitosan Supplements May Cause Weight Loss

Chitosan is a synthetic dietary fiber made from chitin, which comes from the shells of crustaceans. It is also found in the cell walls of fungi.

Several studies have evaluated the effects of chitosan on body weight. Here are their findings from over the years:

In short, most of the evidence suggests that 1,700–3,000 mg of chitosan per day may help reduce body weight over the course of several months.

However, chitosan does not seem to work any miracles on its own. It needs to be used with other weight loss strategies, such as diet or exercise.

A group of Indian researchers examined the effectiveness of 2,500 mg of chitosan on body weight in overweight and obese men and women.

This was a 90-day, single-blind, randomized controlled trial examining the effectiveness of chitosan for weight loss.

It was a phase IV trial, testing the safety and effectiveness of a patented weight loss supplement, KiOnutrime-CsG®, produced by KitoZyme.

A total of 96 overweight or obese men and women, aged 18 to 65 years, started the study. They were unevenly randomized, in the ratio of 2:1, into one of two groups:

The chitosan was of fungal origin and was taken 15 minutes before meals. Previous research suggests that it may take some time for chitosan to dissolve in the digestive system before becoming usable (4).

At the start, middle and end of the study, the researchers measured body weight, body composition, the blood lipid profile and glycated hemoglobin (HbA1c).

A total of 86 participants completed the study, or 90% of those who initially started.

Bottom Line: This was a randomized controlled trial examining the effectiveness of the weight loss supplement chitosan.

Supplementing with chitosan led to significantly more weight loss than the placebo.

In comparison, the placebo group did not experience significant weight loss. 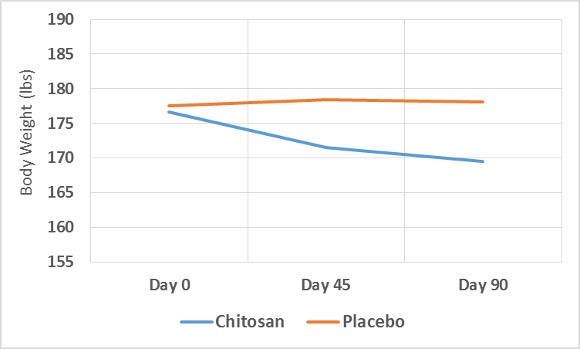 This weight loss in the supplement group was caused by loss of fat mass and lean mass, as shown in the chart below. 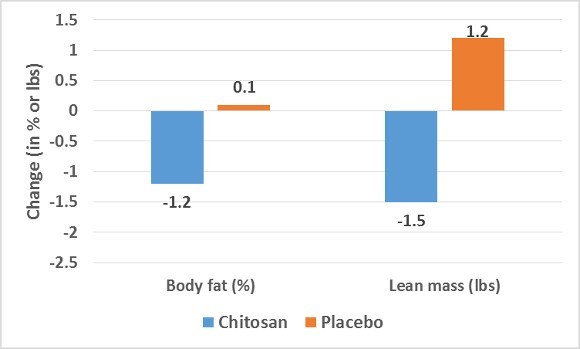 Similarly, waist and hip circumference decreased among the participants in the supplement group.

These findings are interesting, because the participants did not go on a diet or increase their physical activity. The chitosan, on its own, had significant benefits.

Previous trials do not support these results. Without other weight loss strategies, chitosan supplements have not lead to significant weight loss.

However, chitosan may be effective when participants are also making dietary, exercise or behavior modifications.

HbA1c is also known as glycated hemoglobin. It is measured to evaluate the average blood sugar levels of the past few weeks.

In the present study, supplementing with chitosan led to a reduction of HbA1c levels in participants who had high levels (over 6%) initially.

These results are supported by a previous study showing that chitosan may reduce blood sugar after meals in humans.

The researchers measured several different blood lipids at the start, middle and end of the study. These included triglycerides, HDL, LDL and VLDL.

None of these blood lipids changed significantly during the study period.

These findings are inconsistent with previous studies showing that chitosan may have significant positive effects on the blood lipid profile.

Bottom Line: Supplementing with chitosan had no significant effects on the blood lipid profile.

This study had several potential limitations.

First, it was conducted by Ethicare Clinical Trial Services, which specializes in conducting clinical research for pharmaceutical companies. As a result, competing interests may have been involved.

Additionally, two of the paper’s authors were employees of KitoZyme, the company that produces the weight loss supplement. This is a clear conflict of interest.

Second, the researchers were not blinded. This probably didn’t affect the results, but does create the potential for bias.

Finally, the supplement assignment was unequal, as there were twice as many participants receiving chitosan than the control. The researchers do not clearly explain why they did this.

Bottom Line: The researchers had potential competing interests. There were also some minor limitations to the research methods and study design.

This study showed that chitosan supplements may lead to significant weight loss over time, without dietary changes or increased exercise.

However, these results may depend on the form of chitosan or the way it’s produced. The study only examined KiOnutrime-CsG®, a formula developed by KitoZyme.

Additionally, two of the paper’s authors were employees of KitoZyme, and the study was done by a company that’s funded by the pharmaceutical industry.

Therefore, these findings need to be confirmed by an independent research team.