Heart disease is the leading cause of death in many countries, and high saturated fat intake has long been thought to be a major risk factor.

For this reason, health authorities have recommended limiting the intake of foods rich in saturated fat, such as meat and high-fat cheese.

However, studies indicate that high-fat cheese may actually protect against heart disease.

Additionally, several recent meta-analyses have been unable to find a link between saturated fat consumption and heart disease. However, there may be a small reduction in cardiovascular “events” when replaced with polyunsaturated fat. 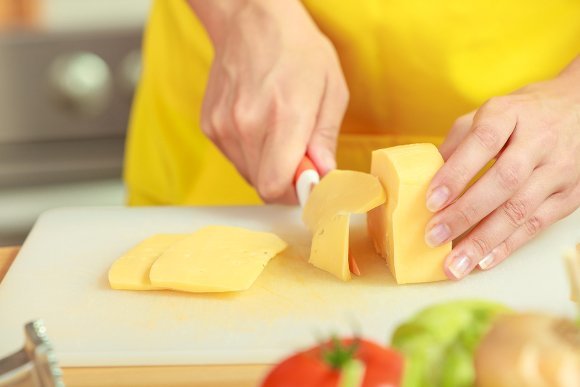 This study compared the effects of saturated animal fats and carbohydrates on blood lipids, apolipoproteins and fat digestibility.

This 10-week study was a randomized crossover trial. A total of 19 postmenopausal women were recruited to participate.

Each participant’s energy requirements were calculated. Based on that, they were placed on a weight-maintenance diet to prevent weight changes during the study period.

The participants were then randomly assigned to one of three diets, each of which lasted for two weeks.

These three groups were isocaloric, meaning they had an equal energy content. In the high-cheese and high-meat groups, the percentage of energy provided was:

In the control diet, the percentage of energy provided was approximately:

All three diets contained similar amounts of protein. The only difference was the source of fat — from cheese or meat — and the amount of fat, which differed between the high-fat/high-meat diets and the control diet.

Since this was a crossover trial, all participants received each of the test foods at different points during the study. However, the order in which they got the foods was randomized.

Additionally, due to the nature of the diets, it was impossible to blind the participants.

Each of the study cycles was separated by a 2-week period, to stabilize blood lipids between diets.

At the beginning and end of each study period, blood samples were taken after a 12-hour fast. Fat digestibility was estimated by measuring fat in stools.

A total of 5 participants dropped out during the study period, and 14 completed it.

Compared to the control diet, both the high-cheese and high-meat diets increased levels of the “good” HDL-cholesterol by 5% and 8%, respectively.

Additionally, the fat in cheese did not seem to be efficiently absorbed.

The saturated fat in meat and cheese did not have adverse effects on blood lipids, compared to a high-carb, low-fat diet.

The study also found that some of the fat in cheese is not digested, and passes out of the body with feces.

This study was well-designed and does not have any apparent shortcomings.

However, it has several limitations.

Contrasting the results of the current study, other studies have shown a reduction in HDL-cholesterol and apolipoprotein A-1 when saturated fat has been replaced with carbs.

Supporting the results, a few observational studies have found a positive association between cheese intake and levels of HDL-cholesterol and apo A-1.

For some time, health authorities have been recommending low-fat diets, saying that saturated fat increases the risk of heart disease.

However, the findings of this study (and many others) contradict those sources.

At the end of the day, saturated fat isn’t the demon it has been made out to be.