Past Week in Nutrition Science: This is an overview of interesting studies published on nutrition from Friday, Nov 6th, to Friday, Nov 13th. 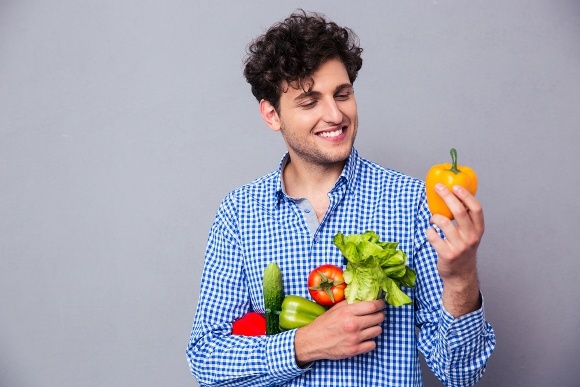 We reviewed two articles this week: a research summary, published in The Lancet Oncology, and a research paper, from the American Journal of Clinical Nutrition.

Link: Do Red Meat and Processed Meat Really Cause Cancer?

Study: Carcinogenicity of consumption of red and processed meat.

Summary: The International Agency for Research on Cancer released a research summary on the effects of red meat and processed meat on cancer risk. The full results will be published in the IARC Monographs at a later date.

According to the paper, there is sufficient evidence linking a high intake of processed meat with an increased risk of colon cancer. Conversely, there is limited evidence that red meat causes cancer.

Link: Water vs Diet Soda: Which is Better for Weight Loss?

Study: Effects on weight loss in adults of replacing diet beverages with water during a hypoenergetic diet: a randomized, 24-wk clinical trial.

Summary: This randomized weight loss trial compared the effectiveness of diet soda and water in obese and overweight women.

Lots of new research was published this week. Some of the papers may be more than a week old, as we are constantly updating the list of journals we follow.

Below is a selection of the most interesting papers, organized by subject.

Association between eating rate and obesity: a systematic review and meta-analysis.

This meta-analysis combined the results of 23 observational studies examining whether eating food quickly is associated with obesity.

Not surprisingly, eating quickly turned out to be associated with excess body weight. These results support the idea that mindful eating may help with weight loss.

This observational study suggests that drinking caffeinated beverages, such as coffee, may help people maintain a healthy weight.

This cluster analysis roughly categorized the different weight loss strategies used by the 8,125 women in the the Australian Longitudinal Study of Women’s Health.

The most common weight loss strategies turned out to be dieting, eating less and exercising. Healthy eating and exercising were the most effective methods.

In fact, vitamin D levels increased by 26%, while visceral fat decreased by the same percentage.

Prebiotic consumption and the incidence of overweight in a Mediterranean cohort: the Seguimiento Universidad de Navarra Project.

Prebiotics are dietary substances, such as fiber and non-digestible carbs, that feed the beneficial bacteria in our digestive system. Scientists have suggested that consuming prebiotics may protect against weight gain or obesity.

This prospective, observational study in middle-aged, normal-weight adults found that those who consumed high amounts of prebiotics, such as fructans and galacto-oligosaccharides, were less likely to be overweight.

Iron deficiency is a common problem in both overweight and obese individuals. This study found that iron absorption in obese women was only two-thirds of that in normal-weight women.

Additionally, the effect of vitamin C, which is a common enhancer of iron absorption, was only one-half of that in normal-weight women. The authors suggested that inflammation in the digestive system may be responsible.

Low levels of physical activity are associated with dysregulation of energy intake and fat mass gain over 1 year.

Lack of physical activity is a well-known risk factor for obesity. This clinical trial supports previous studies, suggesting that sedentary lifestyles cause an imbalance in calorie intake and calories burned.

They also found that the type of sugar did not matter. Drinking beverages sweetened with fructose, glucose or high-fructose corn syrup affected calorie intake similarly.

Vitamin D deficiency in non-alcoholic fatty liver disease: The chicken or the egg?

Carbohydrate quality and quantity and risk of type 2 diabetes in US women.

Zinc and Other Metals Deficiencies and Risk of Type 1 Diabetes: An Ecological Study in the High Risk Sardinia Island.

This observational study suggests that micronutrients, such as cobalt, chromium, copper, manganese, nickel and zinc, may protect against type 1 diabetes.

This large, randomized controlled trial in individuals with metabolic syndrome found that those with greater insulin resistance responded differently to dietary changes to the type of fat.

For example, people with greater insulin resistance were more likely to respond negatively when switching over to a diet high in saturated fat. Similarly, they benefited more from replacing saturated fats with monounsaturated fats or omega-3.

This randomized controlled trial in patients with diabetic nephropathy found that supplementation with omega-3 fat from flaxseed oil, 1000 mg per day for 12 weeks, reduced insulin levels and improved insulin sensitivity.

Vaccenic acid is the most abundant trans fat naturally found in dairy fat.

This randomized controlled trial showed that vaccenic acid is as bad for LDL-cholesterol levels as industrially produced trans fatty acids, when consumed in equal amounts.

To reduce the risk of heart disease, improving fat quality is more important than reducing the total intake of dietary fat.

This meta-analysis of controlled trials found that eating tree nuts may have beneficial effects on the blood lipid profile, improving the levels of total cholesterol, LDL-cholesterol, apolipoprotein B and triglycerides.

These results indicate that consuming tree nuts on a regular basis may help prevent heart disease.

The effect of moderate alcohol consumption on biomarkers of inflammation and hemostatic factors in postmenopausal women.

Additionally, moderate alcohol consumption improved hemostatic factors, which are substances that mediate blood clotting and have been associated with increased heart disease risk.

Supplementing with cocoa flavonoids did not have any significant effects on blood pressure or platelet factors, compared with the control groups.

The association of coffee intake with liver cancer risk is mediated by biomarkers of inflammation and hepatocellular injury: data from the European Prospective Investigation into Cancer and Nutrition.

High coffee intake has been associated with a lower risk of liver cancer.

This observational study suggests that the protective effects of coffee may be due to its beneficial effects on inflammation and liver health.

This observational study suggests that vegan diets may lower the risk of prostate cancer.

Effects of Calcium Supplementation on Biomarkers of Inflammation and Oxidative Stress in Colorectal Adenoma Patients: A Randomized Controlled Trial.

Calcium has been associated with a reduced risk of colon cancer. This randomized controlled trial in patients with previous colon cancer tested two different supplementary doses of calcium, 1 g/day and 2 g/day.

The study did not reveal any protective effects of calcium supplementation. Markers for inflammation and oxidative stress were similar between groups.

Folate and long-chain polyunsaturated fatty acid supplementation during pregnancy has long-term effects on the attention system of 8.5-y-old offspring: a randomized controlled trial.

Folate is important for normal brain development. This randomized controlled trial suggests that folate supplementation during pregnancy improves cognition in the child.

Conversely, long-chain omega-3 fatty acids from fish oil did not appear to have any significant effects on cognition.

This meta-analysis of human trials shows that regular coffee consumption may reduce the risk of liver diseases, such as cirrhosis and hepatic fibrosis.

This prospective observational study in children does not support this idea. It suggests that dietary acid load in infancy is not associated with bone health in later childhood.

Cross-sectional and prospective associations between dietary and plasma vitamin C, heel bone ultrasound, and fracture risk in men and women in the European Prospective Investigation into Cancer in Norfolk cohort.

Additionally, circulating vitamin C levels were associated with decreased risk of fractures, but only in men.

Intake of carbohydrates during pregnancy in obese women is associated with fat mass in the newborn offspring.

This observational study indicates that if pregnant, obese women eat high amounts of carbs in late pregnancy, their children are more likely to be fat when they are born.

Neuroimaging identifies increased manganese deposition in infants receiving parenteral nutrition.Manganese is a trace element that is essential for normal growth and development. However, it is neurotoxic in high amounts.

This prospective observational study indicates that a high dietary intake of manganese in infants may cause manganese to accumulate in the brain. The health implications are unclear.

Telomeres are protective structures at the ends of DNA strands. Their lengths shorten with age. This shortening has been implicated as one of the causes of aging.