This is an overview of interesting scientific articles published from last Friday (Oct 9th) until today (Oct 16th). 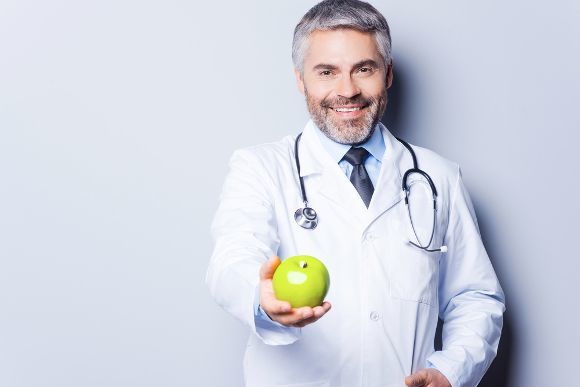 This week we reviewed two papers, one from the American Journal of Clinical Nutrition and another from the Journal of Nutrition.

Link: Butter vs Cream – Not All Dairy Fat is Equal.

This indicates that MFGMs protect against the rise in cholesterol associated with saturated fat consumption.

Summary This was a randomized crossover study in children that examined the effect of a high-protein breakfast on calories burned and appetite, compared to a high-carb breakfast.

The study found that a high-protein breakfast resulted in more calories burned and a greater reduction in appetite.

Other New Research From Around the World

Many new studies were published in the past week. New issues of the British Journal of Nutrition and the Proceedings of the Nutrition Society came out.

Here is an overview of the most interesting nutrition research, categorized by subject.

Adherence to the Mediterranean diet is inversely associated with visceral abdominal tissue in Caucasian subjects.

Mechanism of ER Stress and Inflammation for Hepatic Insulin Resistance in Obesity.

Insulin resistance in the liver is a common side effect of obesity. Although the exact cause of this association is unclear, it may be due to inflammation.

This review discusses inflammation and its role in metabolic diseases, obesity and insulin resistance.

This randomized clinical trial in subjects with type 2 diabetes found that taking vitamin D reduced fat in the abdominal area, especially around the organs.

This was a secondary analysis of the Healthy Start Study, a randomized controlled trial in Danish children.

It found that sugary drinks were associated with weight gain among children who were predisposed to gaining weight. It also showed that milk may be a good alternative to sugary drinks.

This randomized controlled trial found that daily supplementation with probiotics reduced gain in body mass and fat during a 4-week, high-fat, weight-gain diet.

Ghrelin is a hormone that increases hunger. This randomized crossover study found that lack of sleep increased ghrelin levels, when compared to normal sleep.

It also showed that higher ghrelin levels were associated with increased calorie intake, indicating that a rise in ghrelin may be how sleep loss promotes obesity.

Very-low-fat diets may be associated with increased risk of metabolic syndrome in the adult population.

This cross-sectional observational study in Korean adults suggests that very low fat intake, or less than 15% of the total calorie intake, is associated with increased risk of metabolic syndrome.

This was an analysis of the PREDIMED study, a randomized controlled trial designed to investigate the effect of the Mediterranean diet on heart disease risk factors.

Sodium raised the levels of endothelin-1, a peptide that causes blood vessels to narrow. The study also showed that an increased potassium intake had a beneficial effect on ED.

Dietary patterns and CVD: a systematic review and meta-analysis of observational studies.

This meta-analysis of observational studies showed that prudent or healthy dietary patterns are associated with a reduced risk of heart disease.

Flavonoids are a large group of antioxidants found in fruit, vegetables and other plant foods. This observational study suggests that dietary flavonoids do not reduce the risk of heart disease.

However, it indicates that flavonols, a subclass of flavonoids, may have modest benefits.

Preventive rather than therapeutic treatment with high fiber diet attenuates clinical and inflammatory markers of acute and chronic DSS-induced colitis in mice.

This study of mice suggests that prebiotic fiber may reduce the risk of inflammatory bowel disease (IBD). It indicates that fiber may have a preventive value, while not being effective as a treatment for IBD.

Resveratrol is a compound found in many plants, including grapes and blueberries. Single doses of resveratrol have been shown to increase blood flow in the brain.

This randomized controlled trial found that 28-day resveratrol supplementation caused less fatigue, and increased diastolic blood pressure and blood flow. It did not seem to have any significant effects on cognitive function, mood or sleep.

A randomised trial of a medium-chain TAG diet as treatment for dogs with idiopathic epilepsy.

This randomized controlled trial in epileptic dogs found that a ketogenic diet, consisting of medium-chain triglycerides, reduced the frequency of seizures.

Folic acid supplements and risk for oral clefts in the newborn: a population-based study.

This observational study found that the occurrence of oral clefts in newborns was not associated with folic acid supplementation among their mothers.

However, folic acid supplementation appeared to protect against oral clefts that occurred alongside other birth defects.

Sarcopenia is an age-related loss of muscle mass and strength. This paper reviewed intervention studies that investigated the efficacy of various strategies against sarcopenia.

These include strength training, ensuring adequate protein intake and supplementation with beta-methylbutyrate (HMB).

This study showed that children’s eating habits were influenced by the behavior of other children. For example, children ate more vegetables if they thought that other children had been eating vegetables.

Predictors of the frequency of Australian children’s consumption of unhealthy foods.

Social norms and pestering behavior appeared to be major factors influencing the consumption of high-calorie, nutrient-poor foods among Australian children.

Self-comparisons as motivators for healthy behavior.

The way people compare themselves to others has an effect on their health behavior. For example, if people feel fatter than their friends, they are more likely to engage in health-related behavior, such as exercising or dieting.

The relationship between iodine nutrition and thyroid disease in lactating women with different iodine intakes.

β-hydroxy-β–methylbutyrate (HMB) is a common supplement used to increase muscle strength, performance and reduce recovery time after training. In supplements, it is usually bound to calcium as Ca-HMB.

This randomized crossover study compared the bioavailability of Ca-HMB and the free acid form of HMB (HMB-FA). HMB-FA turned out to be better absorbed than Ca-HMB.