Past Week in Nutrition Science: This is an overview of interesting scientific articles that have been published in the past week, from last Friday (Oct 2nd) until today (Oct 9th). 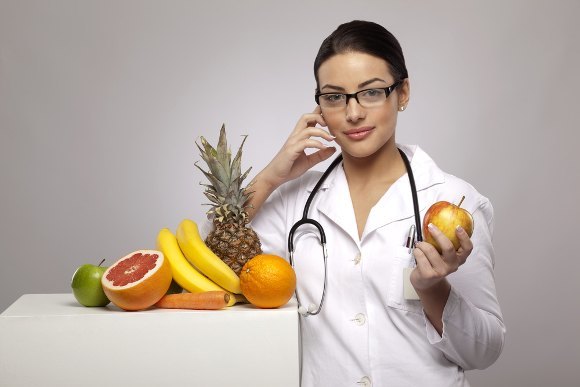 This week, we reviewed two new articles from the American Journal of Clinical Nutrition.

One was about how the body responds to a severe calorie deficit, and the other was about the effects of low-carb and high-carb diets on blood sugar control and heart disease risk factors in people with type 2 diabetes.

Summary: This was a 6-week intervention study that examined the effects of severe calorie restriction on adaptive thermogenesis, also referred to as starvation mode.

Summary: This was a randomized trial that compared the effects of low-carb and high-carb diets on managing type 2 diabetes. The participants were overweight or obese, and were on a weight loss diet and an exercise program.

The main conclusion of the study was that low-carb diets can lead to greater improvements in blood sugar control and blood lipid profile, as opposed to high-carb diets. There was no difference in weight loss between groups.

Other New Research From Around the World

A lot of new research came out in the past week. New issues of both the International Journal of Obesity and the European Journal of Clinical Nutrition were published.

Here is an overview of the most interesting nutrition research published in the past week, categorized by subject.

Effect of weight loss on mortality in overweight and obese nursing home residents during a 5-year follow-up.

Prenatal exposure to systemic antibacterials and overweight and obesity in Danish schoolchildren: a prevalence study.

This observational study suggests that exposure to antibacterial medications before birth may increase the risk of school-aged children becoming overweight or obese.

Prenatal exposure to vitamin-D from fortified margarine and milk and body size at age 7 years.

Vitamin D deficiency before birth is possibly linked with increased risk of obesity later in life. However, this observational study indicates that the mother’s vitamin D intake is not linked to the child’s body size at age 7.

Diet quality across early childhood and adiposity at 6 years: the Southampton Women’s Survey.

This observational study found that low-quality diet in early childhood is associated with obesity by the age of 6. A low-quality diet was defined as a diet low in fish, fruit and vegetables.

This double-blind, randomized controlled trial showed that consuming 40 g of soy flour or 63 g of daidzein (a soy isoflavone) per day had no significant effects on blood pressure in postmenopausal women. All of the women were equol-producing and had prehypertension or untreated hypertension.

Saturated fatty acids are not off the hook.

Impact of preloading either dairy or soy milk on postprandial glycemia, insulinemia and gastric emptying in healthy adults.

This crossover trial found that drinking either dairy or soy milk with white bread (co-ingestion), or 30 minutes before (preloading), reduces the rise in blood sugar after meals. Preloading combined with co-ingestion had a greater effect than co-ingestion alone.

The effect of an acute ingestion of Turkish coffee on reaction time and time trial performance.

The association between maternal dietary intake and neonatal anthropometry – secondary analysis from the ROLO study.

Influence of fruit consumption and fluoride application on the prevalence of caries and erosion in vegetarians – a controlled clinical trial.

This observational study found that dental erosion and cavities were more common among vegetarians than meat-eaters. Higher fruit consumption and less use of fluoride-containing toothpaste among vegetarians may explain this.

A pilot comparison of phospolipidated lutein to conventional lutein for effects on plasma lutein concentrations in adult people.

Iron and the female athlete: a review of dietary treatment methods for improving iron status and exercise performance.

This review discusses the strategies for improving iron status in female athletes. Instead of taking iron supplements, studies suggest that dietary changes may be more effective.

This rat study suggests that a diet high in quercetin, a common plant compound, may protect against obesity-related fatty liver.