This is an overview of everything new and interesting that happened in nutrition science in the past week, from last Friday (Sep 25th) until today (Oct 2nd). 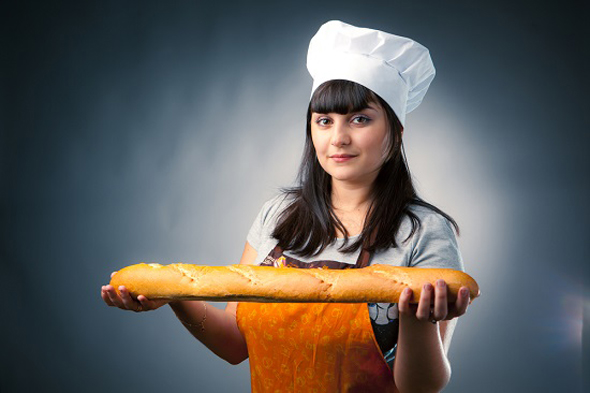 This week, we reviewed two new studies. One was on the effects of saturated fat from meat and cheese on blood lipids, while the other was about the effects of different fruits and vegetables on weight change.

Link: Effects of Saturated Fat From Meat and Cheese on Blood Lipids

Summary: This randomized controlled trial looked at the effects of saturated fat from high-meat and high-cheese diets on blood lipids and lipoproteins. The control group followed a low-fat, high-carb diet.

Link: Do All Fruits and Vegetables Help You Lose Weight?

Study: Bertoia et al. Changes in Intake of Fruits and Vegetables and Weight Change in United States Men and Women Followed for Up to 24 Years: Analysis from Three Prospective Cohort Studies. PLOS Medicine 2015.

Summary: This paper analyzed data from 3 observational studies with a total of 133,468 people. It looked at changes in intake of specific fruits and vegetables and effects on body weight.

Vegetables that were both high in fiber and had a low glycemic load (GL) were more strongly associated with weight loss over time.

New Studies From Around The Web

Here is an overview of the most interesting studies, organized by category.

This study suggests that the lipolytic (fat-burning) effects of the hormone leptin are mediated by sympathetic nerves in fat tissue.

The Human Circadian System Has a Dominating Role in Causing the Morning/Evening Difference in Diet-Induced Thermogenesis.

This randomized crossover study showed that diet-induced thermogenesis (DIT) was 44% lower in the evening compared to morning, which was mediated by the circadian system (the body’s internal clock). Eating food in the evening or at night may cause weight gain compared to eating it in the morning, when DIT is higher.

This was an analysis from the Minnesota Starvation Experiment looking at metabolic adaptation to severe calorie restriction and subsequent refeeding. We will be reviewing this study in detail next week.

Examination of central body fat deposition as a risk factor for loss-of-control eating.

This study found that increased body fat in the abdominal cavity (visceral fat) was linked to increased body dissatisfaction and increased risk of loss-of-control eating. Depositing body fat “centrally” may raise the risk of eating disorders.

This randomized crossover study found that a high-protein breakfast increased metabolism and fat burning and reduced hunger in both normal weight and overweight children.

Elevated BMI and Male Sex Are Associated with Greater Underreporting of Caloric Intake as Assessed by Doubly Labeled Water.

This study found that males, and those with a higher BMI, under-reported their calorie intake to a greater extent.

Longitudinal association of dairy consumption with the changes in blood pressure and the risk of incident hypertension: the Framingham Heart Study.

The Effect of a Dietary Portfolio Compared to a DASH-Type Diet on Blood Pressure.

This 12-month randomized controlled trial found that recommendations to increase fruit and vegetable intake slowed the progression of atherosclerosis in the carotid arteries in individuals with type 1 and type 2 diabetes.

Type and amount of dietary protein in the treatment of metabolic syndrome: a randomized controlled trial.

This randomized controlled trial compared modified DASH diets high in either animal or plant protein in overweight adults with metabolic syndrome. Both diets were effective and there was no difference between plant or animal protein.

Consumption of Yogurt, Low-Fat Milk, and Other Low-Fat Dairy Products Is Associated with Lower Risk of Metabolic Syndrome Incidence in an Elderly Mediterranean Population.

This analysis from the PREDIMED study found that low-fat dairy, low-fat yogurt, low-fat milk and whole-fat yogurt were linked to decreased risk of metabolic syndrome. However, cheese was linked to increased risk.

Comparison of low- and high-carbohydrate diets for type 2 diabetes management: a randomized trial.

Dietary fiber intake and risk of colorectal cancer and incident and recurrent adenoma in the Prostate, Lung, Colorectal, and Ovarian Cancer Screening Trial.

Cross-sectional and longitudinal comparisons of metabolic profiles between vegetarian and non-vegetarian subjects: a matched cohort study.

This randomized crossover trial found that 50 grams of honey, sucrose and high-fructose corn syrup for 14 days had similar effects on inflammation, blood sugar control and blood lipids. All 3 increased blood triglycerides, but only increased blood sugar and inflammatory markers in individuals with insulin resistance.

Systematic review of the effect of processing of whole-grain oat cereals on glycaemic response.

This study found that palm dates did not change levels of gut bacteria. However, the dates did increase bowel movements and stool frequency and reduced fecal genotoxicity, which may indicate reduced risk of colon cancer.

Does vitamin-D intake during resistance training improve the skeletal muscle hypertrophic and strength response in young and elderly men? – a randomized controlled trial.

This randomized controlled trial found no effect of vitamin D supplementation on muscle hypertrophy or muscle strength over 12 weeks in young or elderly individuals. However, there was some difference in muscle quality in elderly and fiber type morphology in young individuals.

The effect of melatonin treatment on postural stability, muscle strength, and quality of life and sleep in postmenopausal women: a randomized controlled trial.

This randomized controlled trial found that melatonin supplementation for 12 months had no effects on postural balance, risk of falls, muscle strength, quality of life or sleep in postmenopausal women. However, there was a non-significant trend towards improved sleep in women who had sleep disturbances at the beginning of the study.

Vitamin E function and requirements in relation to PUFA.

A review that discusses how vitamin E requirements may be increased when people increase their intake of polyunsaturated fatty acids.

Role of insulin in the regulation of human skeletal muscle protein synthesis and breakdown: a systematic review and meta-analysis.

This is a review of the effects of the hormone insulin on skeletal muscle protein synthesis and breakdown.

Association between serum folate and vitamin B-12 and outcomes of assisted reproductive technologies.

Women with high blood levels of folate and vitamin B12 had much higher (62% and 104%, respectively) rates of successful live births using assisted reproductive technology (ART) treatment.

This study found that overweight, obese and severely obese women had 40%, 80% and 100% greater risk of stillbirth, respectively, compared to lean women.

Dietary inflammatory index and telomere length in subjects with a high cardiovascular disease risk from the PREDIMED-NAVARRA study: cross-sectional and longitudinal analyses over 5 y.

This study found that a diet with a high dietary inflammation index (DII) was associated with a shortening of telomeres. This indicates that an inflammatory diet can accelerate aging, and that an anti-inflammatory diet may slow aging.