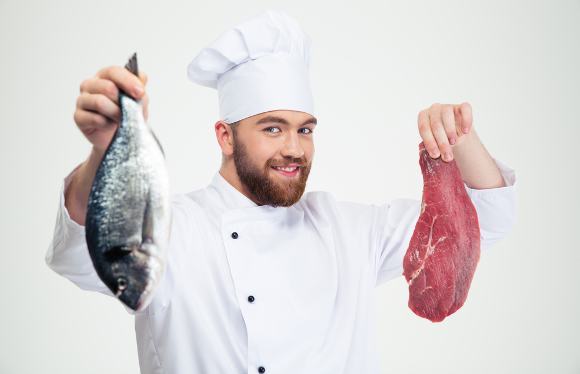 We reviewed two research articles in the past week: one from the European Journal of Nutrition, and the other from Advances in Nutrition.

Summary: This small, randomized, controlled trial examined the effects of a high-fat diet and a low-fat diet on insulin sensitivity.

The study indicates that a diet very high in fat lowers insulin sensitivity. However, the results may not be of much relevance in a real-life setting, because the amounts of fat on the high-fat diet far exceeded normal intakes.

Review: Changes in Gut Bacteria Are Linked to Diet and Disease.

Article: Can We Prevent Obesity-Related Metabolic Diseases by Dietary Modulation of the Gut Microbiota?

Summary: This review article provides an overview of the evidence linking the gut bacteria with obesity, metabolic diseases and diet.

Numerous papers came out this week, many of which were published ahead of print.

As usual, we provide a summary of the most interesting or relevant papers, organized by subject.

This observational study showed that those who eat the highest amounts of whole grains in the US are less likely to be overweight or obese. Also, they have better nutrient and fiber intakes.

The effect of rate of weight loss on long-term weight regain in adults with overweight and obesity.

This randomized trial examined whether the speed of weight loss has any effects on weight regain after dieting stops.

Sugar-Sweetened Beverage Consumption Is Associated With Change of Visceral Adipose Tissue Over 6 Years of Follow-Up.

This randomized trial compared the effects of high and low protein intake on changes in mass during 4 weeks of intense exercise and 40% calorie reduction.

Dietary flavonoid intake and weight maintenance: three prospective cohorts of 124086 US men and women followed for up to 24 years.

Flavonoids are a large group of antioxidants found in plant foods. This observational study suggests that a high intake of flavonoid-rich foods, such as fruits and vegetables, may protect against weight gain.

This observational study suggests that eating high amounts of omega-3 fats and fish in young adulthood may reduce the risk of metabolic syndrome later in life. However, eating fried fish did not seem to have similar effects.

Beneficial role of vitamin K supplementation on insulin sensitivity, glucose metabolism, and the reduced risk of type 2 diabetes: A review.

This review discusses the effects of vitamin K supplements on glucose metabolism, insulin sensitivity and the risk of type 2 diabetes.

Post-prandial glucose and insulin responses of hummus alone or combined with a carbohydrate food: a dose–response study.

This observational study indicates that eating breakfast regularly may protect against stroke in Japanese people. Conversely, skipping breakfast does not seem to increase the risk of coronary heart disease.

Associations of Red and Processed Meat with Survival among Patients with Cancers of the Upper Aerodigestive Tract and Lung.

This observational study suggests that eating high amounts of red or processed meat increases the risk of death among patients with cancer in the lungs or upper digestive tract. This association was weaker for unprocessed red meat.

Lycopene is an antioxidant carotenoid found in high amounts in tomatoes, guavas and watermelons. This observational study suggests that getting high amounts of lycopene from the diet may reduce the risk of prostate cancer.

Previous studies suggest that trans fats may increase the risk of depression. This observational study indicates that a high intake of trans fats from margarine and baked products may interfere with the ability to think clearly under emotional stress.

Dietary Patterns and Risk of Inflammatory Bowel Disease in Europe: Results from the EPIC Study.

This observational study suggests there are no specific dietary patterns associated with the risk of inflammatory bowel disease. However, a high intake of sugary drinks was a significant risk factor for those who had a low vegetable intake.

Additionally, there was a similar association for cases that occurred in the first two years after dietary assessment.

Microbiome–Epigenome Interactions and the Environmental Origins of Inflammatory Bowel Diseases.

The incidence of inflammatory bowel disease (IBD) seems to be on the rise among children. This review discusses the available evidence regarding the role of nutrition and environmental factors in the development of IBD in children.

Breast Milk Protects Against Gastrointestinal Symptoms in Infants at High Risk for Autism During Early Development.

Children with autism or related disorders often have digestive problems. This observational study suggests that breastfeeding and late weaning may help prevent digestive problems for infants who are at a high risk of autism-spectrum disorders.

Association between probiotic and yogurt consumption and kidney disease: insights from NHANES.

This observational study indicates that eating probiotic yogurt frequently, or supplementing with probiotics, may reduce the risk of kidney disease.

Effect of Prenatal Vitamin D on Asthma in Offspring.

Studies about asthma and vitamin D deficiency early in life have provided inconsistent results. This study suggests that the asthma risk of 3-year-old children is not affected by their mother’s vitamin D intake while pregnant.

The study showed that 2,800 IU of vitamin D per day did not reduce the risk of asthma symptoms in the children, compared to supplementing with 400 IU/day.

An adequate zinc status is essential for the function of the immune system.

Association between leukocyte telomere length and serum carotenoid in US adults.

Telomeres are sequences of DNA whose lengths are a marker of aging. Previous studies show that oxidative stress speeds up the shortening of the telomeres, whereas antioxidants delay the shortening.

This study in US adults also found that circulating levels of carotenoid antioxidants were significantly associated with longer telomeres in white blood cells.

This observational study suggests that eating high amounts of fruits and vegetables may reduce the risk of death from all causes.

A systematic comparison of sugar content in low-fat vs regular versions of food.